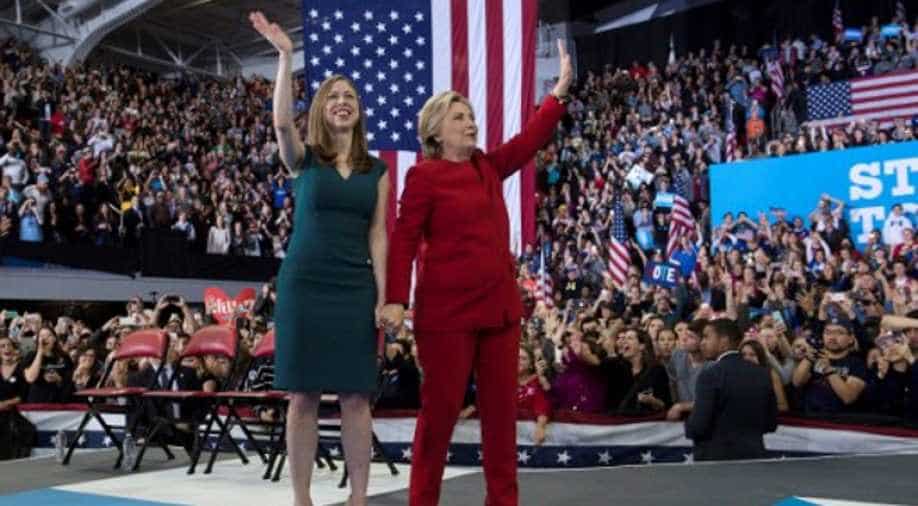 When 74-year-old Leonor Perez cast her vote for Hillary Clinton under a cloudless Florida sky, there was not a shadow of doubt in her mind: "It's time for a woman to wear the pants in this country."

Hillary Clinton's emergence as the first woman to represent a major party in the White House race has given the humble pantsuit another moment in the sun.

#pantsuit My 9 year old son got to watch me VOTE today. #Herstory in the making. #Suitup #pantsuitnation #pantsuitpower pic.twitter.com/2PGyN3akaa

In 2008, after losing the party nomination she thanked "my sisterhood of the traveling pantsuits." Since then it seems the movement had not gone away but gone underground.

A secret Facebook group called "Pantsuit Nation" began as 50 Hillary Clinton supporters who decided to wear the outfit to the polls to show their support for the Democratic nominee.

It now has 2.2 million members and counting.

In #pantsuit & white blouse to vote for @HillaryClinton w/ memories of #suffragettes! A little emotional. Let's get in Formation! @Beyonce pic.twitter.com/TSSQTaqBq3

The much-maligned garb has been made a quirky symbol for the former secretary of state, first lady and senator.

Beyonce traded her usual curve-hugging costumes for a pantsuit when she performed at a Clinton rally in Cleveland on Friday. For much of the campaign Hillary Clinton has fought of suggestions her demeanor is a bit too rigid.

Her campaign fought back on the eve of the election by turning the nominee, her entire traveling team, former president Bill Clinton and Jon Bon Jovi into "mannequins."

Harnessing a social media craze, the Clinton camp sent a roving videographer through her campaign plane among statue-still staff members.