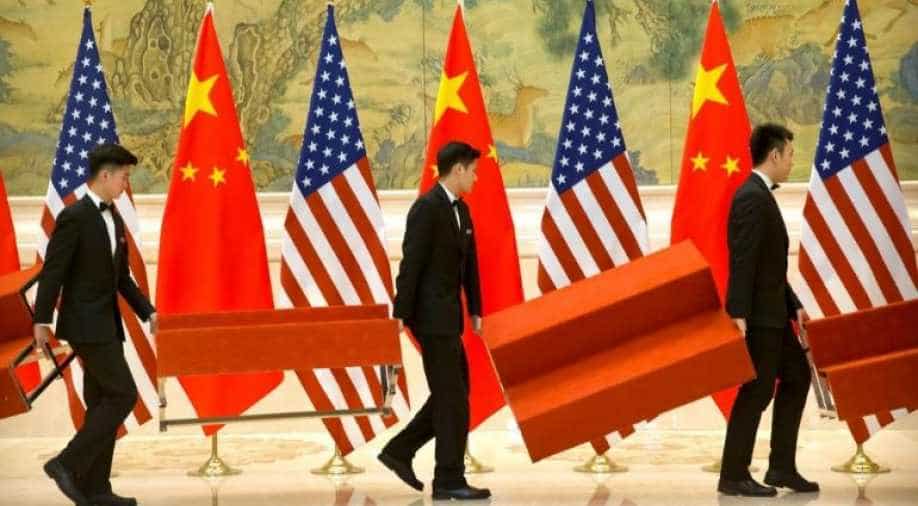 Larry Kudlow told reporters at the White House the trade deal is continuing, a day after Trump suggested he could cut ties with the world`s second-largest economy.

The US-China "Phase 1" trade deal reached in January is not falling apart and the two countries are still working to implement it, the White House`s top economic adviser said on Friday, but President Donald Trump added that he was not "thrilled" with the agreement.

Larry Kudlow told reporters at the White House the trade deal "is continuing," a day after Trump suggested he could cut ties with the world`s second-largest economy.

In an interview with Fox Business Network broadcast on Thursday, Trump said he was very disappointed with China's failure to contain the coronavirus outbreak and that the pandemic had cast a pall over the trade deal with Beijing that he considers a major achievement.

Tensions between the world's two largest economies have spiked in recent weeks, with officials on both sides suggesting the hard-fought trade deal that defused a bitter 18-month trade war could be abandoned.
Kudlow, director of the National Economic Council, was asked if the trade deal was falling apart. "Absolutely not," he said.

Also read: How the world is forming an alliance against China

The Chinese are working toward holding up their end of the agreement, which calls for Beijing to boost purchases of American farm goods, manufactured products, energy and services by $200 billion over two years, Kudlow said.

"They're a little slow on the commodity purchases. I think that has a lot to do with market and economic positions," he said.

Kudlow`s comments came at the end of a week of complaints from Trump about China`s early handling of the coronavirus outbreak, and separate steps by his government to crack down on China`s blacklisted telecoms equipment giant Huawei Technologies and curb US investment in some Chinese companies.

On Thursday, Trump said he now feels differently about the trade deal and may even cut economic ties with Beijing.

Asked at a White House Rose Garden event on Friday whether he is planning to impose additional tariffs on China or tear up the trade deal, Trump said: "I don`t want to talk about it. I can say China is buying a lot of our product. But the trade deal, the ink was barely dry when this (the virus) came in from China, so it's not like we're thrilled."

Kudlow noted what he described as a successful phone call last week with Treasury Secretary Steven Mnuchin, US Trade Representative Robert Lighthizer and Liu He, China's vice premier, as well as a positive deputies call on Thursday night.

"We have other issues with China, and of course the origin of the virus ... but with respect to the trade deal, it is continuing, absolutely," Kudlow said.

Earlier this week, the Federal Retirement Thrift Investment Board, which oversees billions in federal retirement dollars, said it would indefinitely delay plans to invest in some Chinese companies that are under scrutiny in Washington.

And on Friday, the Commerce Department moved to block supplies to Huawei, spurring threats of Chinese retaliation against US companies such as Apple and Boeing.