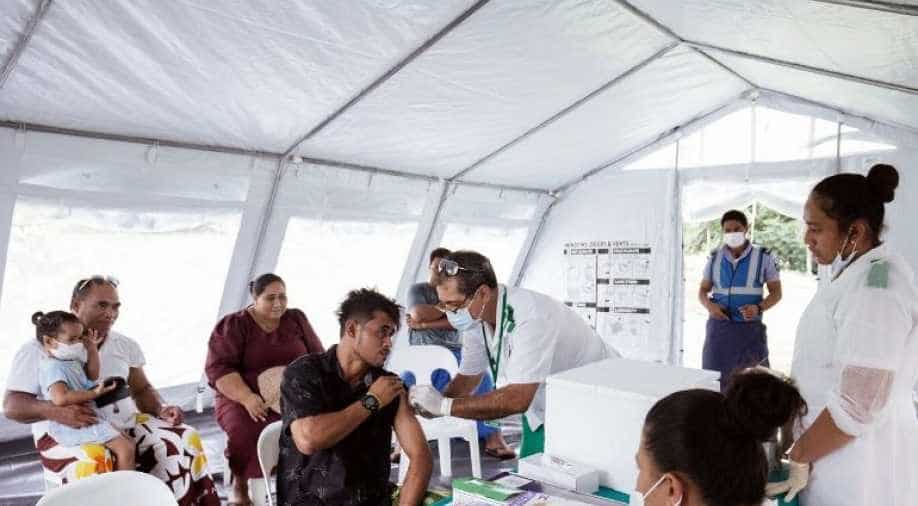 Immunisation rates in Samoa dropped to just over 30 per cent before the outbreak, well below accepted the best practice of around 90 per cent.

Sheldon Yett, the regional representative for the U.N. children's agency, said "incredibly irresponsible" online material on platforms such as Twitter, Facebook and Instagram had exacerbated the Samoa measles outbreak, which has claimed 62 lives since mid-October, by discouraging immunisation.

"It's quite clear that they have a corporate responsibility to step up to the plate and make sure that populations, particularly vulnerable populations, get accurate information that's going to keep children alive," Yett said.

Immunisation rates in Samoa dropped to just over 30 percent before the outbreak, well below accepted best practice of around 90 percent, making the island nation extremely vulnerable to infection.

The World Health Organisation blamed an anti-vaccine messaging campaign, which Yett said was carried out largely online by overseas-based activists.

"It's quite obvious that there are very loud people on social media making very false claims about vaccines," he said.

"Unfortunately it's found a ready audience in Samoa, where some people are suspicious about the quality of healthcare and may have issues with local (vaccine) providers."

He said activists posting anti-vaccine material from wealthy developed countries such as the United States and Australia needed to realise the impact of their actions in developing nations.

"It's devastating, it can be a death sentence for a child here where there's low immunisation and possibly other health issues going on in the background," he said from the capital Apia.

Yett said suspicion of vaccines in Samoa stemmed from a case last year when two babies died after receiving measles shots, leading to an eight-month suspension of the country's immunisation programme.

Subsequent investigations found there was no problem with the vaccine itself, but the nurses administering it accidentally mixed it with anaesthetic, instead of water.

However, trust in the immunisation programme was dented and anti-vaxxers stepped up efforts to push their agenda online, creating what Yett described as "a perfect formula" for an uncontrollable epidemic.

The activists have also hindered efforts to control the outbreak, with one prominent Australian-based blogger last week comparing compulsory vaccinations to Nazi Germany and saying "fascism is well and truly alive in Samoa".

Others have promoted quick remedies such as "Kangen water", alkaline water which supporters say can cure measles, despite no scientific evidence.

Yett said health authorities' focus at the moment was containing an epidemic that was still raging, resulting in fresh infections and child deaths every day.

But he said once it was over there had to be a discussion with platforms such as Facebook, Twitter and Instagram about their approach to anti-vaccine material.

He said the informed debate was important but it was wrong to allow online activists to question the effectiveness of vaccines, which the WHO estimates have saved the lives of 21 million children over the past 20 years.

"It's not easy, nobody wants to be a censor," he said.

"Companies have a responsibility to do it, but we also have to be honest and say there's no easy fix where they can flick a switch."

He conceded the clicks generated by heated online debate about vaccines could prevent the platforms from wanting to take swift action on the issue.

"We shouldn't be naive, there are many counter incentives here for social media giants as well," he said.