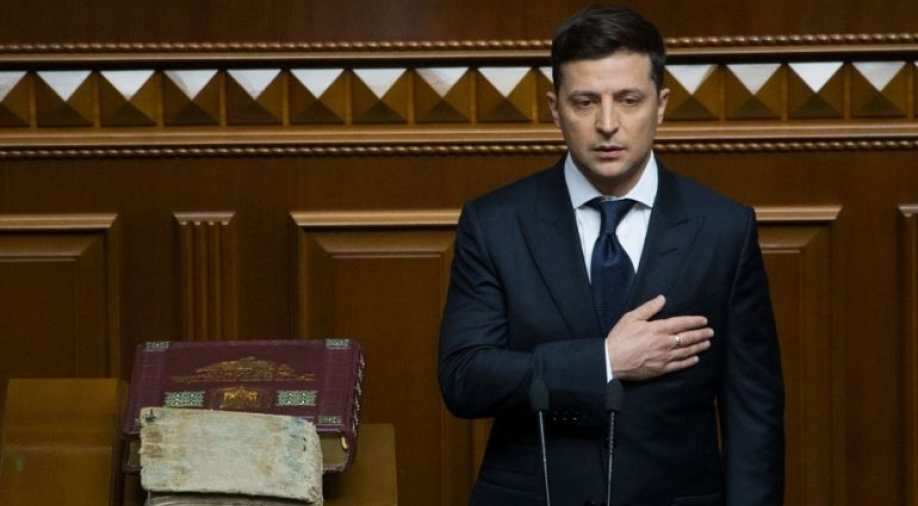 Zelensky was elected on a wave of popular support amid disillusionment with predecessor Petro Poroshenko.

Ukrainian President Volodymyr Zelensky on Tuesday defended his position at the Constitutional Court, which is set to rule on the legality of his decision to dissolve parliament and call for early elections.

Zelensky was elected on a wave of popular support amid disillusionment with predecessor Petro Poroshenko. But the former comedian and political novice have struggled to work with lawmakers largely hostile to him.

He announced his intention to dissolve parliament in his inaugural speech on May 21 and signed a decree to this effect shortly afterwards.

As some political analysts called the move unconstitutional, several MPs appealed to the Constitutional Court to decide whether it was legal.

The tribunal has to make its decision by June 29, Zelensky's team said.

"Our legal position is indisputable and impeccable," Zelensky told the court.

"I think you will make a fair decision, which will not make us ashamed."

Ukrainians have "no confidence" in parliament, he added.

Current lawmakers have defied Zelensky by throwing out all the bills he has proposed.

They consider him and his team "upstarts", a senior official from the president's entourage recently said on condition of anonymity.

By convening early elections for July 21, Zelensky is seeking to take advantage of his overwhelming 73 per cent victory in the second round of presidential polls in April.

Elections had been scheduled for October.

Zelensky's Servant of the People party could win more than a third of the vote, according to opinion polls.