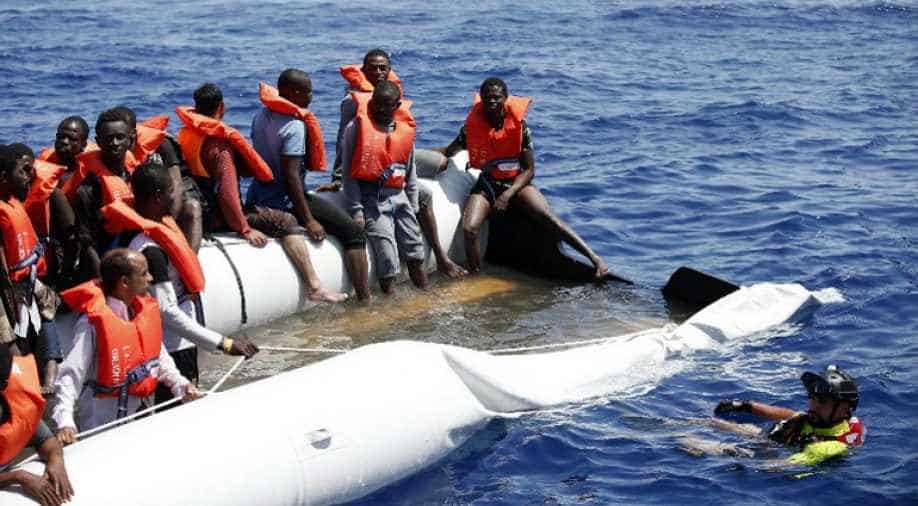 1,200 people, including babies and children, were rescued on Friday. Photograph:( AFP )

Ten bodies were found Saturday in a rubber dinghy off the Libyan coast, the Italian coastguard said.

2,200 other migrants were rescued during the day, news agency AFP reported.

Some 16 rescue operations were conducted on Saturday to save migrants stranded on boats off the coast.

1,200 people, including babies and children, were rescued on Friday.

AFP reported that one of its correspondents aboard the Topaz Responder, a search and rescue ship chartered by Maltese NGO MOAS and the Italian Red Cross, saw several hundred people, including children, being rescued on Friday and Saturday.

The Red Cross tweeted that 707 people were on board the vessel on Saturday.