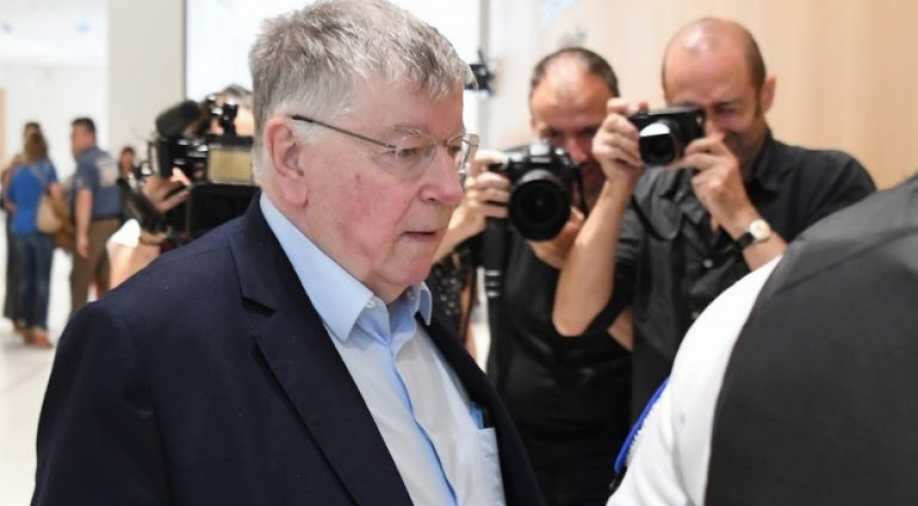 A decade after a wave of suicides at France Telecom in which 35 employees took their own lives, the telecoms giant and its former CEO went on trial on Monday for "moral harassment".

The trial of former bosses at France Telecom, including its ex-chief executive, over a spate of suicides at the firm, was set to wrap up Thursday with the defendants risking up to a year in jail.

Between 2008 to 2009, 35 employees of the former state-owned telecom giant, now called Orange, took their own lives during a restructuring plan where bosses set out to cut over a fifth of the workforce.

Former chief executive Didier Lombard and six other senior executives are facing charges of putting in place a system of "institutional harassment" aimed at forcing workers to resign.

Prosecutors have requested for Lombard and the two other top former executives to serve a year in jail and receive 15,000 euros in fines each if convicted on the charges of moral harassment.

Lawyers for Lombard were due to give the final statement for the defence later on Thursday and call for him to be acquitted while the defendants themselves will also have the chance to speak. The trial will then be adjourned and it is not yet clear when the verdict will be given.

Some of the victims, including one who jumped out of a fifth-floor window in front of her colleagues, left notes expressing deep unhappiness at work.

The deaths caused much soul-searching about the workplace culture at a time when many French firms were under pressure to be more competitive.

The investigation focused on the cases of 39 employees, 19 of whom killed themselves, 12 who tried to, and eight who suffered from acute depression or were signed off sick as a result of it.

When the trial opened in May, Lombard, 77, rejected any responsibility for the string of suicides during the restructuring, saying: "There's nothing I could have done."

He resigned under a cloud in 2010 after several disparaging remarks including one saying he would "get people to leave one way or another, either through the window or the door" and another referring to a "suicide fad" at the firm.

Also on trial and risking a year in jail are Lombard's former number two Louis-Pierre Wenes and Olivier Barberot, who was head of human resources at the time.

The other four executives could face fines of up to 10,000 euros and eight months jail if found guilty.

But France Telecom itself is also on trial facing charges of moral harassment in a first for a blue-chip company listed on France's CAC 40 stock exchange. Prosecutors want it to receive a 75,000-euro fine.

The victims' families and unions accuse France Telecom of putting in place a system at its nearly 23,000 sites across the country that include forcing workers to change jobs or to relocate for work.

In July 2008, a 51-year-old technician from Marseille killed himself, leaving a letter accusing the bosses of "management by terror".

Lombard argued that he was battling to save France Telecom from bankruptcy after its privatisation in 2004.

Although the defendants recognised the restructuring would be tough for the employees, they denied it involved moral harassment, which is defined as "frequently repeated acts whose aim or effect is the degradation of working conditions".

Claudia Chemarin, a lawyer for France Telecom, said it was not possible to prove any "intentional element of harassment with regard to each" of the victims.