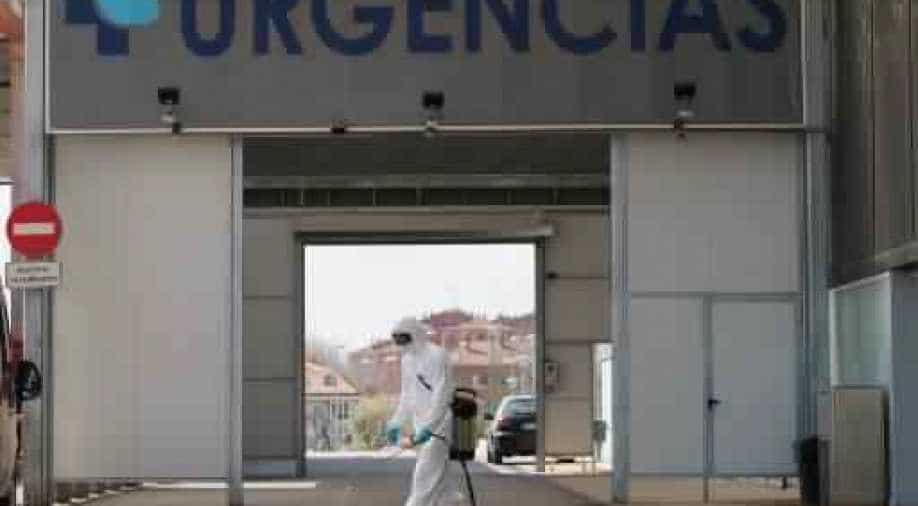 The country has the world's second-highest coronavirus death toll after Italy with 5,690 fatalities.

The death toll from coronavirus in Spain surged over 5,600 on Saturday after a record 832 people died in 24 hours, and the number of infections soared over 72,000, the government said.

The country has the world's second-highest coronavirus death toll after Italy with 5,690 fatalities.

The number of confirmed cases have jumped to 72,248 as the country moves to significantly increase testing.

Although Spain's latest figures showed a daily increase of more than 8,000 cases, the rate of new infections appears to be slowing, with officials saying the epidemic appeared to be nearing its peak.

Madrid remains the worst-hit region, with 2,757 deaths and 21,520 infections, leaving hospitals and mortuaries overwhelmed, and the regional authorities working to open a second temporary morgue in an unused public building near the airport to house the dead.

With undertakers also overwhelmed, the government has authorised the army's involvement in the collection and transport of bodies for the duration of the state of emergency.

The latest figures came as Spain marked two weeks since the imposition of an unprecedented national lockdown which will remain in place until at least April 11.

Earlier on Saturday, Spain received delivery of 1.2 million masks from China for health workers and those in the transport sector, the government said.

The delivery, which arrived at Madrid's Barajas airport, includes some 387,000 surgical masks for healthcare personnel, 75,000 masks for the security forces and more than 725,000 for those in the transport sector, from bus drivers to port and airport staff as well as those working for the postal service.