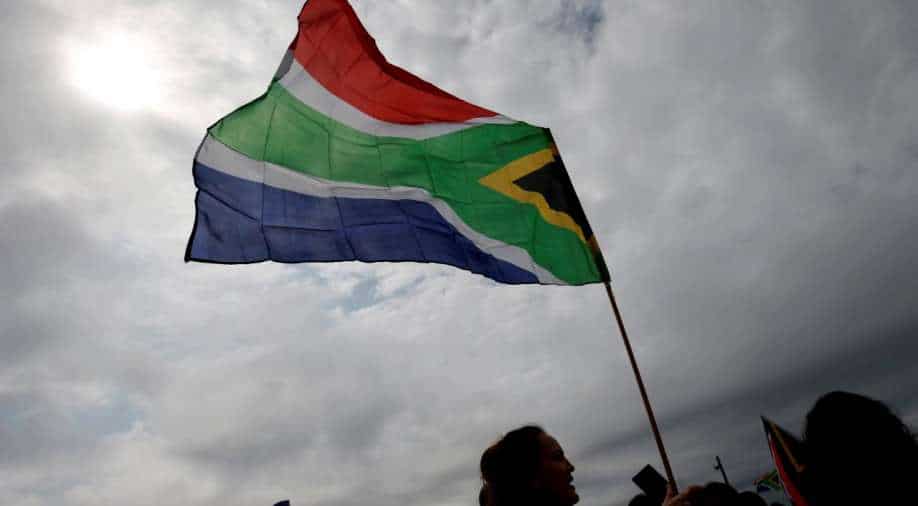 "Having evaluated the current environment, the government has agreed to the (strategic equity partner) owning of 51 percent of the shareholding and government 49 percent," Public Enterprises Minister Pravin Gordhan said in an online media conference.

South Africa's government announced Friday it would sell a majority stake in cash-strapped flag carrier SAA to a consortium that includes the operator of a local budget airline, effectively privatizing it.

The airline, which is emerging from a rescue plan, will effectively be privatized as investors will hold a majority stake.

"Having evaluated the current environment, the government has agreed to the (strategic equity partner) owning of 51 percent of the shareholding and government 49 percent," Public Enterprises Minister Pravin Gordhan said in an online media conference.

"With this partnership, we believe we are closer to achieving the important objective of having a sustainable national airline," Gordhan said.

"The new SAA will not be dependent on" the government."

SAA, one of the continent's largest airlines, was placed under a state-approved rescue plan in December 2019 in an effort to save it from collapse.

The carrier, Africa's second largest after Ethiopian Airlines, had not posted a profit since 2011 and survived for years on state bailouts.

A symbol of the mismanagement of state-owned enterprises that characterized ex-president Jacob Zuma's reign, the airline was forced to abandon many routes even before the Covid-19 pandemic.

The consortium, whose name Takatso translates to "aspire" in Sesotho, will initially inject 3.5 billion rands ($255 million; 211 million euro) into the airline.

"The partnership represents a robust, exciting South African-bred solution," said the consortium chair Tshepo Mahloele, who is the founder of Harith, which owns Lanseria airport in northern Johannesburg.

Takatso CEO and co-founder of LIFT Gidon Novick expressed confidence that SAA would turn into an efficient and innovative airline that could catalyst for the growth of the country's economy.

"We believe it is the best time," he said during the briefing. "Airline models around the world are being challenged... We have the capital and financial insights of Harith," said Novick.

Exclusive: Russia aiming to fly solo without Airbus and Boeing