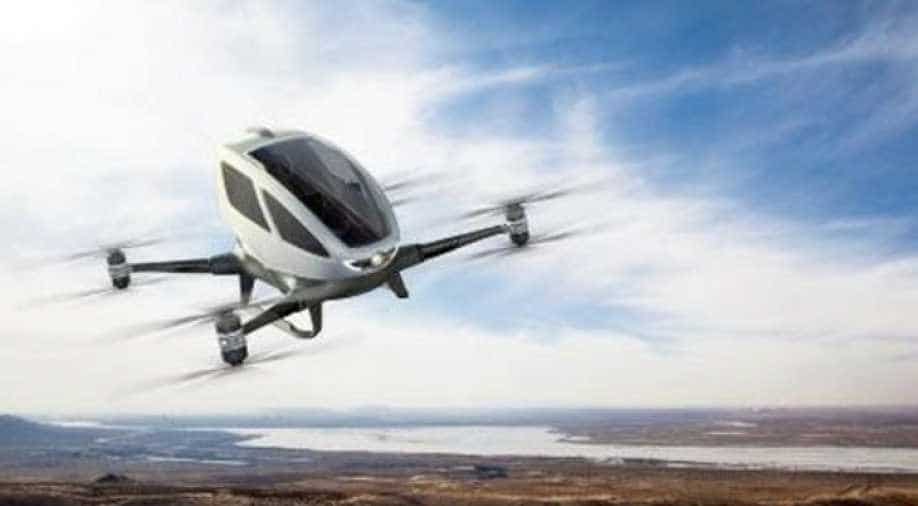 Commercial air travel already faces competition from high-speed trains in parts of the world. But the head of Irish aircraft leasing firm Avolon said the competition would shift skywards as it invested up to $2 billion in aerial shuttles.

Airbus and Boeing watch out - one of the world's largest aircraft owners says passenger planes could see their wings clipped by the rapid spread of flying taxi startups.

Commercial air travel already faces competition from high-speed trains in parts of the world. But the head of Irish aircraft leasing firm Avolon said competition would shift skywards as it invested up to $2 billion in aerial shuttles.

Avolon is among the launch customers for up to 1,000 electric Vertical Take-Off and Landing (eVOTL) aircraft being developed by Britain's Vertical Aerospace, which plans to go public through a merger with a blank-check firm.

German air shuttle startup Lilium said in March it would float on the U.S. stock market via a similar process.

The deals reflect the growing interest in battery-powered aircraft that can take off and land vertically, offering a new way for travelers to beat traffic and hop between cities.

Vertical's VA-X4 has a range of 120 miles but that could be extended further, Avolon Chief Executive Domhnal Slattery said on late Thursday.

"The challenge for the incumbent (planemakers) is if the range can extend to 400-500 miles, what is the implication for traditional narrowbodies?" he said in a Reuters interview.

Asked if the vehicles for four passengers and a pilot could take business from much larger commercial planes, Slattery said, "Eventually, yes of course. This is the inevitable future." Planemakers have themselves invested in such projects.

Helicopter travel could also be squeezed.

"You have got to think that you have these machines that can disintermediate the legacy helicopters through just being 100 times quieter and no emissions," Slattery said.

Slattery said Avolon had not decided how to deploy the air taxis, whose relatively short product development cycles mark a shift for leasing companies used to long-term jet investments.

"I think it is going to take a lot of different forms over time. But the technology is here and we are going to lead commercialization of it with zero-emission credentials".

The move comes at a time when aviation companies are jostling for leadership of the environmental agenda as they came under pressure from investors to help decarbonize flying and bolster their environmental, social and governance (ESG) scores.

But experts say questions remain over the timing of safety certification, which eVOTL suppliers expect as early as 2024.