Siberia: At least 11 people dead after getting trapped in coal mine 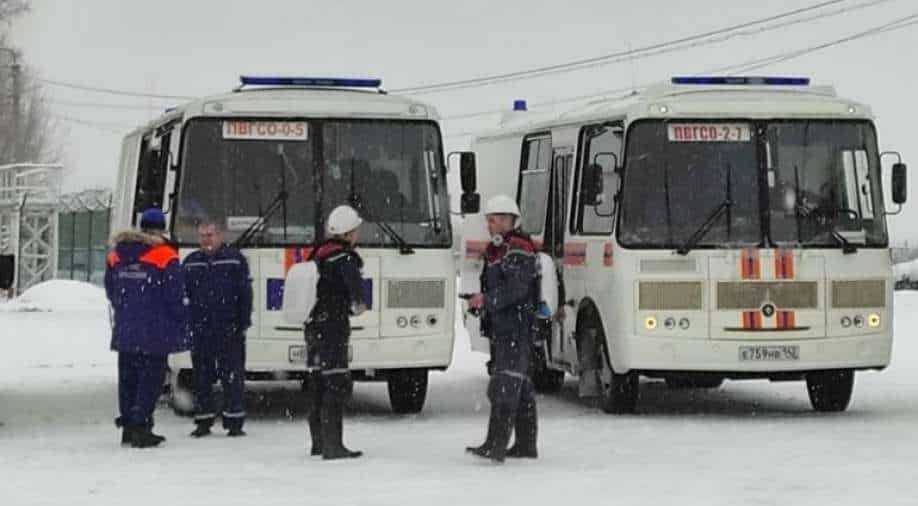 Specialists gather near buses during a rescue operation following a fire in the Listvyazhnaya coal mine in the Kemerovo region, Russia Photograph:( Reuters )

The Listvyazhnaya coal mine in the Kemerovo region, Russia collapsed following a fire in the ventilation shaft

At least 11 people have died while several have gotten injured after a mining accident in Siberia.

The Listvyazhnaya coal mine in the Kemerovo region, Russia collapsed following a fire in the ventilation shaft.

According to local governor Sergei Tsivilev, there were 285 people inside the mine when the accident took place and at least 46 remain underground.

''There is no heavy smoke, so we will hope that there is no fire,'' he added.

The regional branch of Russia's Investigative Committee said it had opened a criminal case into negligence that had caused deaths.

"According to preliminary data, a number of workers suffered from smoke poisoning. The number of victims is being specified," it said in an earlier statement.

Set up in 1956, the Liztvyazhnaya mine is owned by the SDS-Ugol company based in the city of Kemerovo.