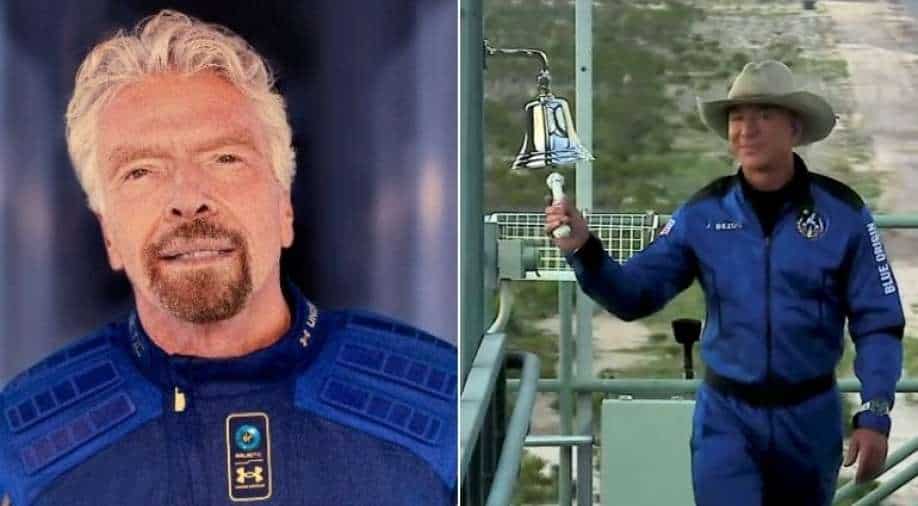 Virgin Galactic's Richard Branson, who travelled to space a few days ago, took to Twitter to congratulate Amazon founder Jeff Bezos for his successful trip

Virgin Galactic founder, Richard Branson took to Twitter to congratulate and extend his best compliments to the Amazon Founder, Jeff Bezos after the latter successfully completed his first-ever space trip.

"Well done @blueorigin, @jeffbezos, Mark, Wally and Oliver. Impressive! Very best to all the crew from me and all the team at @virgingalactic," Branson tweeted.

Well done @blueorigin, @jeffbezos, Mark, Wally and Oliver. Impressive! Very best to all the crew from me and all the team at @virgingalactic

Richard Branson, the founder of the Virgin Group and Virgin galactic, flew to space a few days before the Amazon ex-CEO. On July 11, Virgin Galactic’s Unity 22 took off from Spaceport, New Mexico at around 8:40 am Mountain Time (1440 GMT).

After achieving the desired altitude, the two pilots cut off the engine for a few minutes and let the four other passengers unbuckle and experience being weightless. They also observed the Earth’s curvature through the 17 windows.

While Branson beat Bezos to space, it was the richest man on the Earth who was able to reach a higher point than Branson. Bezos travelled to the Karman Line, which is higher than what Branson aimed for in his first flight. Blue Origin became the first to help three other private citizens travel to space in an all-crew flight.

Also read | As it happened: Blue Origin capsule touches down, Bezos & three others back home

While Branson was full of praises for Bezos' space trip, other Twitter users decided to poke fun at the billionaire entrepreneur.