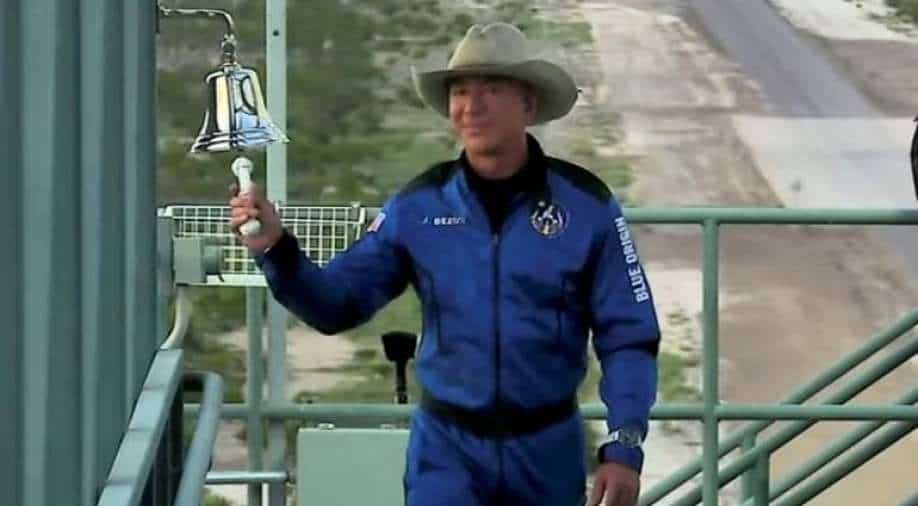 Jeff Bezos landed back on Earth after flying off to space, along with three other civilians. While it was the 16th flight for Blue Origin's New Shephard rocket, it was the first-ever all-civilian crew to fly to the Karmen Lane.

As it happened | Blue Origin touchdown complete, Bezos & three others back home

"This isn't a competition, this is about building a road to space so that future generations can do incredible things in space," Bezos had recently said.

While Bezos believes this is about building a road to space, Twitter believes it is simply about a billionaire living his dreams on the expense of other people's money.

Here are some of the best reactions:

Congratulations to #BlueOrigin for today’s flight. Space plays a critical role in our daily lives and national security. Private sector investment in space is important.

At the same time, I note that @NASA sent human beings to the moon and brought them back 52 YEARS AGO. https://t.co/44A0AF6Qq6

2.2 billion people don’t have access to clean drinking water….but, hooray! Another billionaire just made it to the edge of space. https://t.co/nmsJuXVujv

You don’t have to be a rocket scientist to know it’s time for billionaires to pay their fair share. https://t.co/fozG8FVVvh

Billionaires will try ANYTHING to avoid paying their fair share in taxes. It's time for a wealth tax. https://t.co/g9aGly0gLH

There’s a $5.5 billion dollar penis in the sky. Too bad Amazon can’t afford to provide its employees health insurance, better working conditions, or pay them a living wage. #BezosHasNoShame