Church can no longer tolerate silence on abuse: Pope Francis 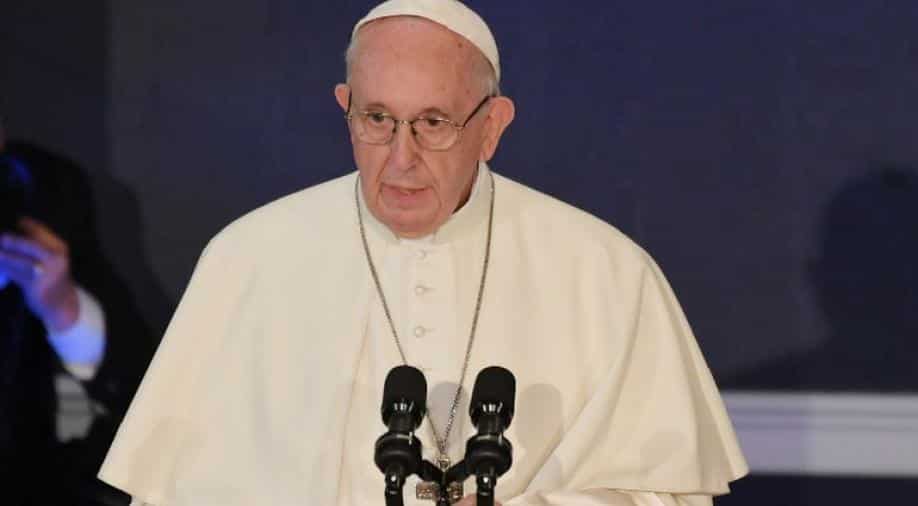 'Both abuse and its cover-up can no longer be tolerated,' said Francis in a Vatican statement in which he declared the Church had to tackle 'the grave scourge of abuse within and beyond' the institution.

Pope Francis said Saturday that silence on sexual abuse can "no longer be tolerated" as he ordered an investigation into Vatican archives concerning former archbishop of Washington Theodore McCarrick, who resigned in July.

"Both abuse and its cover-up can no longer be tolerated," said Francis in a Vatican statement in which he declared the Church had to tackle "the grave scourge of abuse within and beyond" the institution.

The case of McCarrick triggered a storm in August after Archbishop Carlo Maria Vigano, a former Vatican envoy to Washington, dropped a bombshell letter accusing the pope of ignoring allegations about the prominent US cardinal, one of the most senior Catholic leaders to face abuse allegations.

Following Vigano's letter, US groups representing survivors of sexual abuse by Catholic priests urged the Vatican to publish a list of clerics accused of sexual assault.

Saturday's Vatican statement said Francis was "aware of and concerned by the confusion that these accusations are causing in the conscience of the faithful."

The statement added: "Both abuse and its cover-up can no longer be tolerated" and said the Church had a duty "to prevent such crimes from being committed in the future to the harm of the most innocent and most vulnerable in society".

The statement also underlined that Francis had in an August letter to Catholics stated that "the only way that we have to respond to this evil that has darkened so many lives is to experience it as a task regarding all of us as the People of God.

"This awareness of being part of a people and a shared history will enable us to acknowledge our past sins and mistakes with a penitential openness that can allow us to be renewed from within," said the statement.

Regarding McCarrick, the Vatican said Francis "has decided that information gathered during the preliminary investigation be combined with a further thorough study of the entire documentation present in the Archives of the Dicasteries and Offices of the Holy See ... to ascertain all the relevant facts, to place them in their historical context and to evaluate them objectively."

The Vatican concluded the Holy See recognised "it may emerge that choices were taken that would not be consonant with a contemporary approach to such issues" but that, as Francis said in 2015, "we will follow the path of truth wherever it may lead."