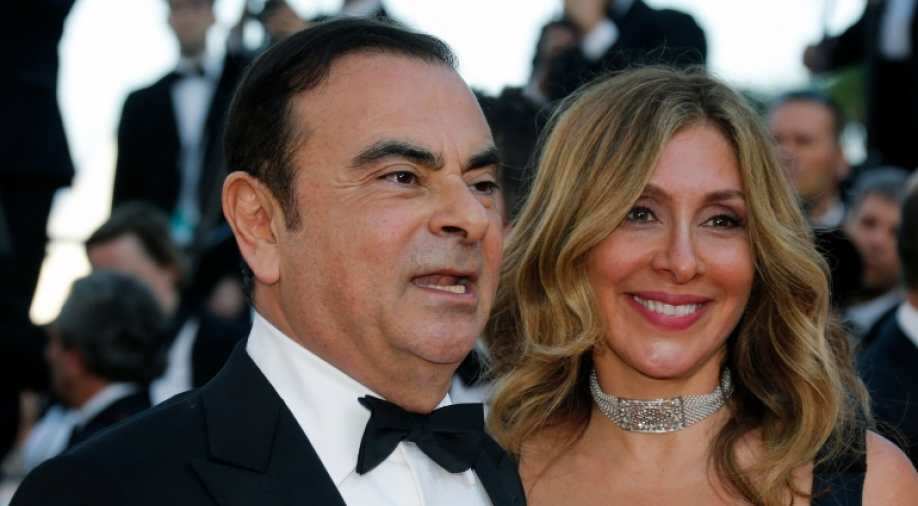 Carlos Ghosn and his wife Carole are seen on the red carpet at Cannes. Photograph:( Reuters )

Renault has previously signalled to French authorities suspect transactions under Ghosn, who at the peak of his powers was known for his jet-setting and luxury lifestyle.

French anti-fraud police on Thursday searched the residence of former Nissan and Renault chief Carlos Ghosn outside Paris as part of a probe into his sumptuous marriage celebrations at the Palace of Versailles in 2016, prosecutors said.

The police went to his home in the town of Etang-la-Ville as part of a preliminary investigation prompted by Renault earlier this year, prosecutors in the district of Nanterre west of Paris said.

Renault has previously signalled to French authorities suspect transactions under Ghosn, who at the peak of his powers was known for his jet-setting and luxury lifestyle.

He is suspected of hiring the entire Palace of Versailles outside Paris in October 2016 to celebrate his marriage, a benefit estimated as being worth  $56,000, in exchange for a philanthropy deal between the state-owned property and Renault.

The search marks a new headache for the former Renault CEO, who was also Nissan chairman in the alliance with the Japanese carmaker, after his initial arrest in Tokyo in November.

The 65-year-old Ghosn, who maintains his innocence, is awaiting trial in Japan over charges of under-reporting his salary for years while at Nissan and using company funds for personal expenses.

France holds a 15 per cent stake in Renault.

Ghosn, who is a French citizen, was seen as a titan of the industry until his mounting legal troubles precipitated his spectacular fall.

He was freed in Japan on $4.5 million bail in April after being detained on fresh charges but is living under strict conditions including restrictions on seeing his wife.

Under the conditions of his bail, Ghosn must stay in Japan and must live in a court-appointed residence with cameras to monitor his movements.

Renault under Ghosn for years tied its strategy to the partnership with Nissan but this has been put in doubt by his arrest and subsequent ouster at both companies.

An offer of a merger from Italian automaker Fiat Chrysler did not come to fruition, with Renault saying the government had blocked the deal, something denied by Le Maire.

Investigators are also looking at expenses paid for marketing in Oman suspected of being used for personal expenses by Ghosn without any link to the work of the company.