Covering Carlos Ghosn saga: Japanese craft of 'burasagari' and a bit of luck for photojournalists 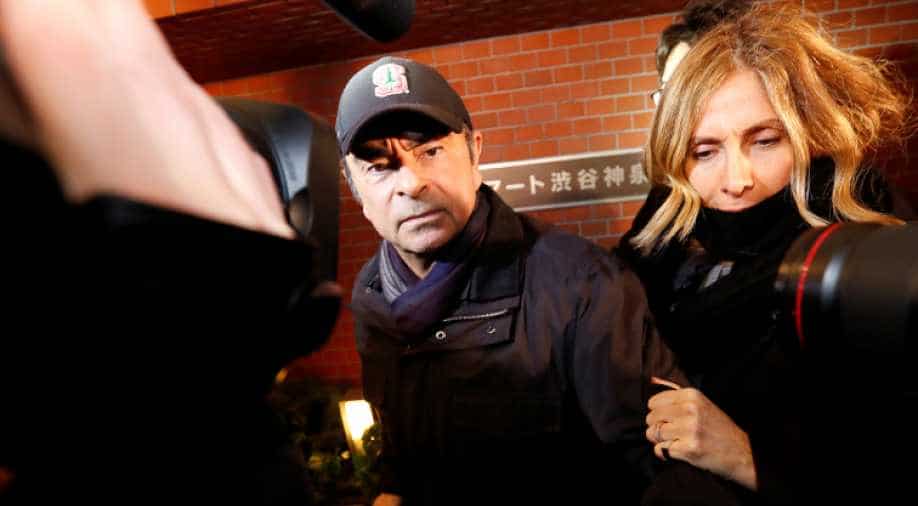 Learning the craft of 'Burasagari' literally means 'hanging onto.' Conjuring up the image of a scrum of journalists clinging to a source, is a rite of passage for many young Japanese reporters, photographers and video journalists.

From a 14-hour wait outside Tokyo's main jail on Christmas Day to a momentous photograph filed from the top of a step-ladder, covering the Carlos Ghosn story has mostly been about mastering the art of Japanese stakeout journalism.

That often means waiting for hours on suburban streets or outside offices to accost corporate bosses and politicians for what are called "burasagari," or stakeout briefings. Such vigils were an important part of Reuters coverage in the days following the arrest in November of Ghosn, the former head of Nissan Motor Co.

Learning the craft of burasagari - literally "hanging onto," conjuring up the image of a scrum of journalists clinging to a source - is a rite of passage for many young Japanese reporters, photographers and video journalists.

For instance, there is the media gaggle that lurks during the day in the entrance hall of the prime minister's residence, kept at bay in one corner with a strip of blue tape on the granite floor. Journalists are only allowed to cross when someone walks in.

Elsewhere, reporters stalk the halls of Japan's Ministry of Finance for comments on currencies or the economy. Others press their ears to meeting room doors for muffled snippets at the ruling Liberal Democratic Party offices. On the streets, scandal-tainted celebrities and criminal suspects are shadowed by lurking reporters.

One particular kind of ambush journalism practised in Japan is "yomawari," or night raids, when reporters stake out the residence of an executive or politician, hoping to catch them on their way home.

Night raids over the Ghosn story became so frequent and heavily attended that Nissan sent registered letters in December to news organizations asking them to stop visiting the homes of their executives. The company said neighbours had complained and that the "intrusive reporting" had led to one passerby getting injured, without elaborating.

From the time Ghosn was arrested, the Reuters team in Tokyo has spent hours, days even, outside the Tokyo jail. There have also been chilly evenings on night stakeouts in front of his lawyer's office or outside the court waiting for news.

Bounded by elevated motor expressways, a river and train line, the imposing Tokyo Detention House sits in one of Tokyo's poorer neighbourhoods, surrounded by small workshops and apartment blocks.

There are few places for the tired and frozen to take refuge and warm up. A solitary 7-Eleven convenience store nearby often sold out of steamed dumplings, hot drinks and other sustenance.

On Christmas Day, Reuters journalists waited 14 hours outside the jail for a glimpse of Ghosn's co-accused, Greg Kelly, when he was freed on bail.

There was a slice of luck when Ghosn himself was freed on bail in March.

Chief Photographer Issei Kato had been waiting outside the detention centre for two days for Ghosn to appear along with about 200 other journalists.

Kato was standing atop a cameraman's ladder, holding the camera and a heavy 200-400 millimetre lens, with a 1.4x extender, worrying about the fading light as the sun began to set. He couldn't use a flash as he was shooting through a fence that would have flooded the picture with reflected light.

It was then Kato suddenly saw a group of guards and men dressed in work clothes and wearing surgical masks walk quickly out of the entrance in tight formation and get into a small van with a ladder on top.

"I didn't immediately recognise Ghosn amongst them, but thought they somehow looked odd," he said. "I instinctively squeezed the shutter."

As the van swung around and drove away, Kato said he began checking the images through the camera's view screen.

"I suddenly realized that the eyes peeking from behind the mask of one of the men belonged to Ghosn.

"Still atop the step-ladder, I quickly transmitted the picture of Ghosn in his disguise to our European photo desk in Gdynia, Poland, directly from my camera using the wireless transmitter attached to it," he said.

"The transmission of the first image took about 15 seconds. The photo editors in Gdynia quickly cropped, captioned and published the photo within a few minutes."

Kato's image of the masked Ghosn was used widely online and in newspapers.

The former Nissan boss has since been re-arrested and is back in jail.

But on Thursday, the court granted him bail a second time, prompting Kato, who has acquired a longer step-ladder and other journalists to race to the detention centre yet again.