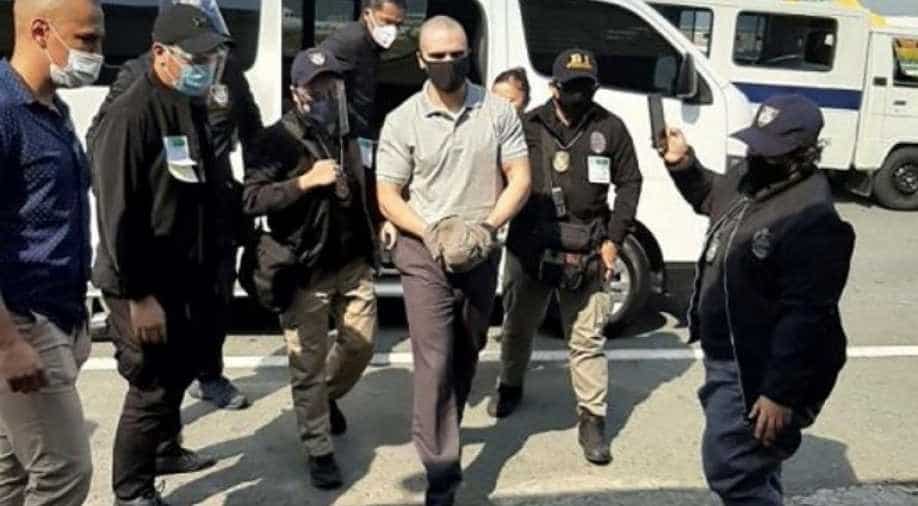 Escorted by US military personnel, the 25-year-old boarded a US military plane at Manila airport, the Philippine Bureau of Immigration said

A US marine convicted of killing a transgender woman in the Philippines was deported on Sunday after being pardoned by President Rodrigo Duterte.

Lance Corporal Joseph Scott Pemberton was halfway through his maximum 10-year prison term for the 2014 murder when Duterte this week unexpectedly ordered his release, drawing condemnation from rights groups.

Escorted by US military personnel, the 25-year-old boarded a US military plane at Manila airport, the Philippine Bureau of Immigration said.

"Pemberton wishes to express his deepest gratitude to President Duterte for granting him an absolute pardon. He is extremely grateful for this act of compassion," his lawyer Rowena Flores said in a statement.

Flores said Pemberton extends his "sincere sympathy for the pain he caused" to the family of his victim Jennifer Laude, the first formal apology from the marine.

"He wishes he had the words to express the depth of his sorrow and regret," she added.

Pemberton met Laude in October 2014 in a bar in the northwestern city of Olongapo after a joint US-Philippine military exercise.

During the trial, a lower court heard that Pemberton and Laude agreed to have sex but the drunken marine turned violent when he discovered Laude still had male genitals.

The lawyer for Laude's family condemned the pardon, which has renewed anti-American sentiment in the former US colony.

"May he find peace of mind. (I'm) hoping he has learned from all these the value of life and dignity regardless of gender and nationality," lawyer Virginia Suarez said.

As part of his deportation to the United States, Pemberton is now banned from entering the Philippines for being a "risk to public safety", the immigration bureau added.