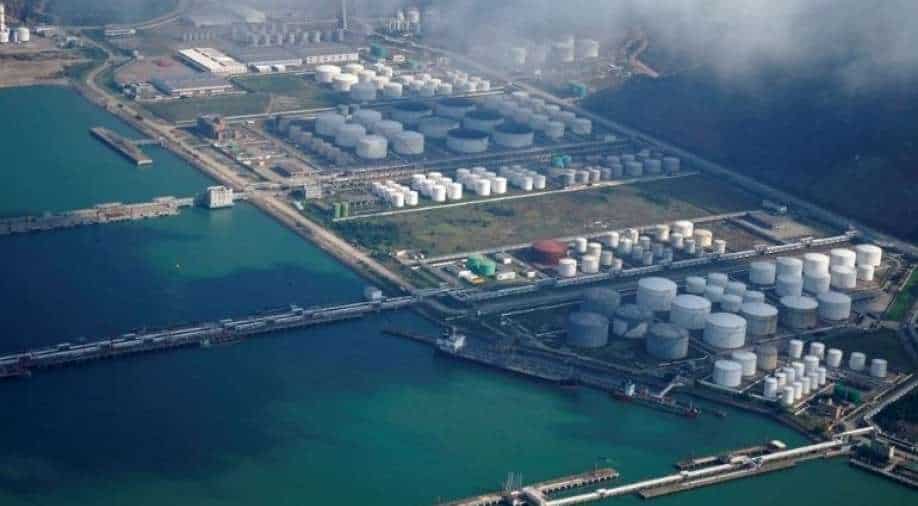 JP Morgan has revealed that the oil prices could surge by 66% in 2022 Photograph:( Reuters )

A Reuters poll showed that oil prices are expected to hold near $80 as the year ends, as tight supplies and higher gas bills encourage a switch to crude for use as a power generation fuel

Oil prices rose on Monday as expectations of strong demand and a belief that a key producer group will not turn on the spigots too fast helped reverse initial losses caused by the release of fuel reserves by China, the world's biggest energy consumer.

"Fundamentals have not changed, and the oil market will remain tight in the near-term," said Stephen Brennock of oil brokerage PVM Oil.

A Reuters poll showed that oil prices are expected to hold near $80 as the year ends, as tight supplies and higher gas bills encourage a switch to crude for use as a power generation fuel.

Oil rallied to multi-year highs last week, helped by a post-pandemic demand rebound and the Organization of the Petroleum Exporting Countries and allies led by Russia, or OPEC+, sticking to gradual, monthly production increases of 400,000 barrels per day (bpd), despite calls for more oil from major consumers.

OPEC+ is expected by analysts to stick to that number at its November 4 meeting, with members Kuwait and Iraq in recent days voicing their support for it, saying those volumes were adequate.

US President Joe Biden on Saturday urged major G20 energy producing countries with spare capacity to boost production to ensure a stronger global economic recovery as part of a broad effort to pressure OPEC+ to supplies.

Prices rose despite China saying in a rare official statement that it had released gasoline and diesel reserves to increase market supply and support price stability in some regions.

Spurred by rising oil prices, US energy firms added oil and natural gas rigs for a 15th month in a row in October, taking them to the highest since April 2020, energy services firm Baker Hughes Co said on Friday.

Exxon and Chevron are looking to add drilling rigs in the Permian shale basin after sharply cutting crews and output in the region last year, the companies said on Friday.