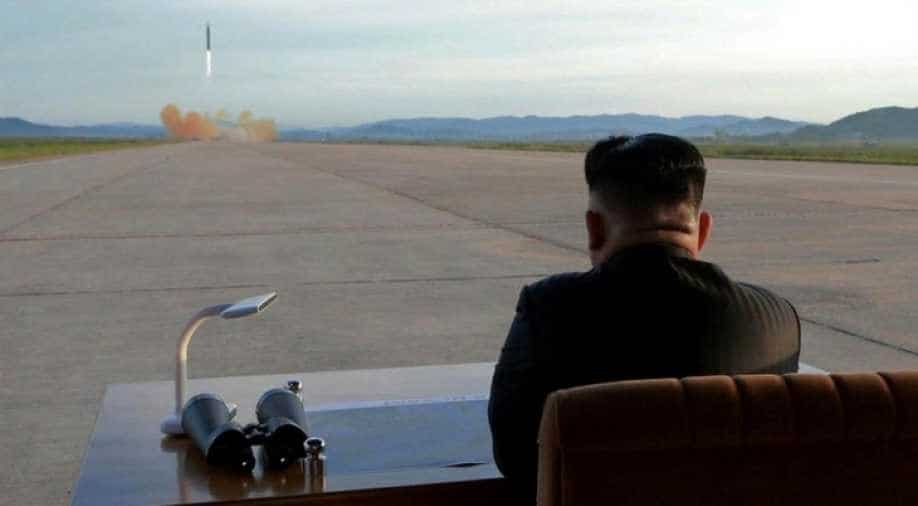 The Biden administration is currently reviewing US policy towards North Korea which is reportedly in its final stages.

The White House officials said on Tuesday that North Korea fired two short-range missiles after a visit to the region by the top US defense and diplomatic officials while describing the tests as "common" military testing.

"We have learned that there's nothing much has changed," President Biden said on the North Korean tests after two short-range missiles were reportedly fired.

The Biden administration is currently reviewing US policy towards North Korea which is reportedly in its final stages. The tests were conducted by North Korea even as the US government has expressed its willingness to engage with Kim Jong-Un in behind-the-scenes diplomatic overtures by the new administration since mid-February.

The US officials, however, downplayed the significance of the weapon tests while asserting that it was not covered by the UN security resolutions. The missile tests were reportedly conducted days after US secretary of state Antony Blinken's visit to the Korean peninsula.

North Korea has not tested an ICBM since 2017, however, it has conducted several tests of shorter-ranges missiles.

Former US president Donald Trump had met Kim in 2018 where Kim had moved towards denuclearisation of the Korean Peninsula, however, relations between the US and North Korea continued to be stained as the talks between the two sides stalled.