New York: Nanny sentenced to life imprisonment for killing children in her care 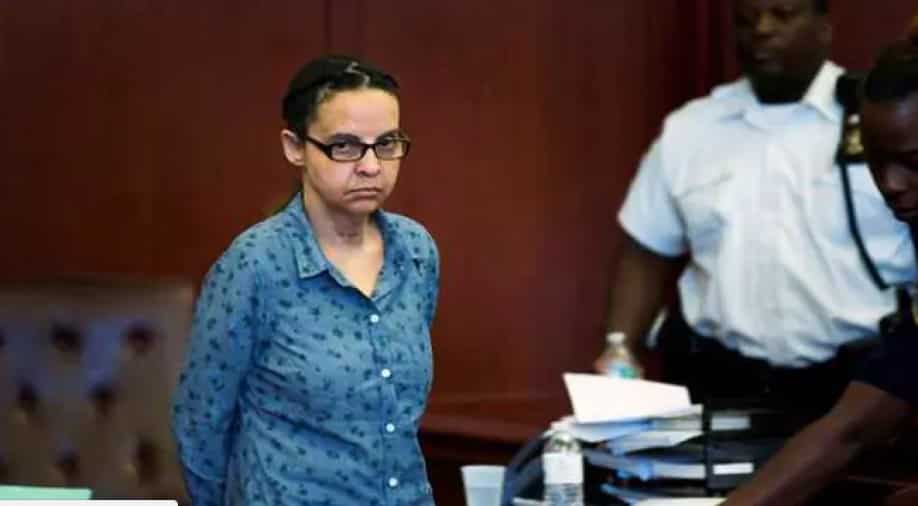 Ortega has been sentenced to the maximum penalty, life in sentence without parole. Photograph:(Reuters)
Follow Us

A New York nanny convicted of fatally stabbing two young children in her care was sentenced on Monday to life in prison without the possibility of parole for a crime that has been described as every parent's nightmare.

In a case that drew national headlines, Yoselyn Ortega, 56, was found guilty by a jury in April of murdering both Lucia Krim, 6, nicknamed Lulu, and her 2-year-old brother, Leo, and leaving their bloody bodies in a bathtub in their luxury Manhattan apartment in October 2012.

Before hearing the sentence, Ortega addressed the court and apologized. She spoke in Spanish through a translator.

"I'm very sorry for everything that happened ... I ask for a great deal of forgiveness," she said in a shaky voice.

She said she was asking forgiveness from God and the children's parents, adding she had not been feeling well on the day of the murders.

Krim, 42, had for months sat through a trial that forced him again and again to relive that day in October 2012, when he turned on his phone after a flight to find a number of missed calls and voice mails, which filled him with the kind of dread fathers sometimes feel when they know something must be wrong with their children.

She recalled the shock of returning to the family's Upper West Side apartment to find her children slain and their nanny standing over them stabbing her own neck with a kitchen knife. Krim had come home with the children's 3-year-old sister, Nessie, after Ortega failed to show up with the children at Lulu's dance lesson.

On Monday, Krim asked the judge, Gregory Carro, to give Ortega, 55, a life sentence so that she "can never leave prison alive."

"I just wanted to wake up from this nightmare that I knew wasn't a nightmare. It was real," Krim told jurors. "It's like a total horror movie."

The motive, prosecutors said, was Ortega's overwhelming financial problems after bringing her 17-year-old son from the Dominican Republic and her resentment toward Marina Krim, married to then-CNBC executive Kevin Krim, for being the mother "she could never be."

In 2012, in the aftermath of the killings, the Krims founded the Lulu & Leo Fund, which supports creativity in schools. Their family now includes two more children: Felix, born in October 2013, and Linus, born in January 2016.

Marina and Kevin Krim left the courtroom before the sentence was read.