Mexico to discuss deportations with Trump 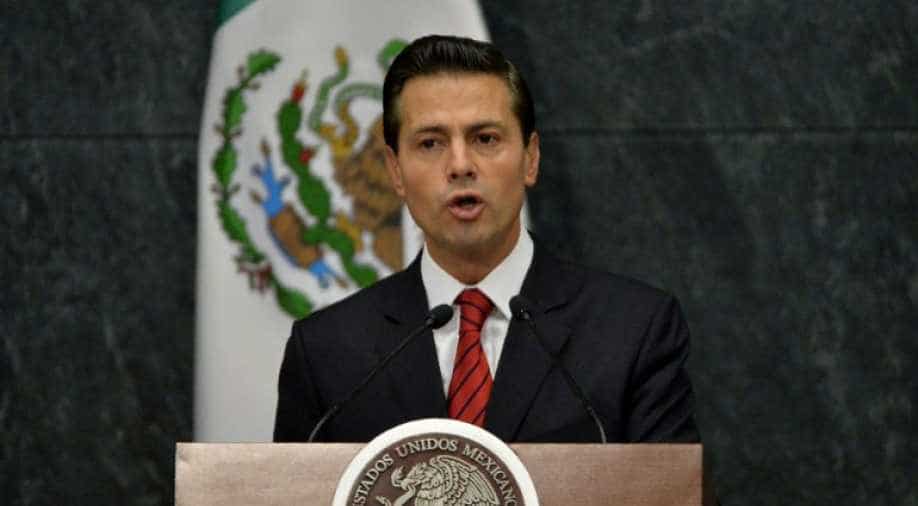 Mexican President Enrique Pena Nieto said he would meet with Trump before he takes office and was 'optimistic' about US-Mexico ties. Photograph:( AFP )

Mexico's government said Monday it will discuss with US President-elect Donald Trump's incoming administration his plan to jail or deport  millions of undocumented migrants with criminal records.

President Enrique Pena Nieto has given instructions to his ministries to consider any "contingencies" in case Trump undertakes massive deportations when he takes office in January, government spokesman Eduardo Sanchez said.

"We will have to see how many of these deportations, which the US government usually carries out, ... correspond to Mexico," Sanchez said at a news conference.

"This and other issues will be part of the agenda that Mexico will put on the table in the bilateral meetings that will take place with the government of President-elect Donald Trump," he said.

Pena Nieto said last week that he had agreed to meet with Trump, possibly before the Republican billionaire takes office in January, and that he felt "optimistic" about future relations.

Trump said in an interview broadcast Sunday on CBS television's "60 Minutes" program that up to three million undocumented immigrants with criminal records would be deported or incarcerated.

The United States has an estimated 11-12 million undocumented migrants, mostly of Mexican origin.

Sanchez recalled that Pena Nieto has rejected Trump's call for Mexico to pay for the barrier.

The presidential spokesman said the foreign ministry will launch a campaign in the United States to keep Mexicans informed and protect them through Mexico's consular network.

Foreign Minister Claudia Ruiz Massieu huddled with consular officials on Saturday to design plans to protect and assist Mexicans in the United States.

While Pena Nieto prepares for the new US administration, he spoke by phone with President Barack Obama on Monday about economic ties, fighting organised crime and "managing migration," the White House said in a statement.

"Both presidents agreed to continue to take steps to solidify the relationship and institutionalise mechanisms of cooperation that have been created with bipartisan support to ensure that the strong and mutually beneficial partnership between Mexico and the United States endures," the statement said.