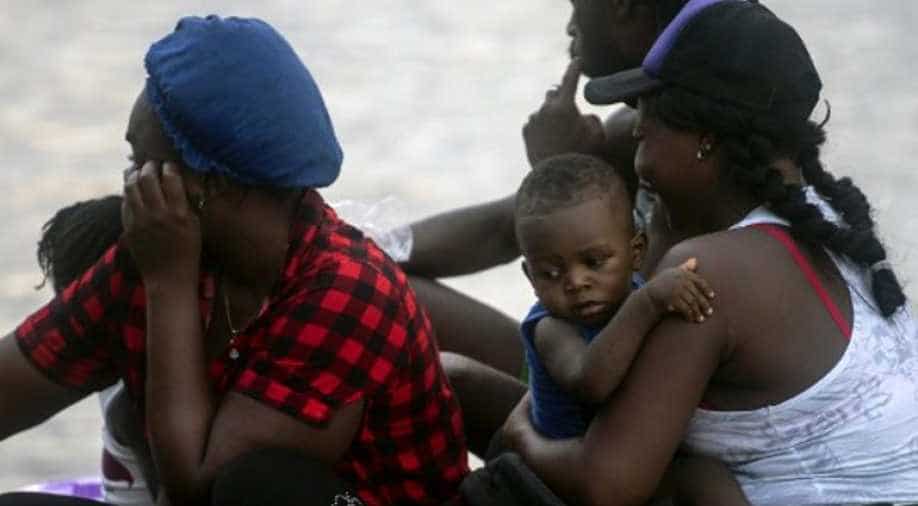 The court on Wednesday found that Trump`s restrictive asylum rule could go into effect nationwide while a lawsuit challenging its underlying legality proceeds, handing the president a victory as he brandishes his anti-immigration credentials for the November 2020 presidential election

The Mexican government protested and Central American migrants feared deportation back to their violent homelands on Thursday after the US Supreme Court allowed President Donald Trump to slam the door on asylum-seekers at the US-Mexican border.

The court on Wednesday found that Trump`s restrictive asylum rule could go into effect nationwide while a lawsuit challenging its underlying legality proceeds, handing the president a victory as he brandishes his anti-immigration credentials for the November 2020 presidential election.

The rule requires immigrants who want asylum to first seek safe haven in a third country through which they travel on the way to the United States, enabling the United States to combat a record surge in Central American asylum-seekers.

Trump`s immigration crackdown has animated his base of supporters while immigrant advocates in the United States fear the court decision will endanger the lives of migrants, many of them fleeing poverty, street gangs and domestic violence in Honduras, Guatemala and El Salvador.

With the threat of automatic rejection hanging over the most recent arrivals, thousands of migrants are cramped into shelters or sleeping in the streets of Mexican border cities in places such as the state of Tamaulipas, where the US State Department has placed a "do not travel" advisory due to violent crime similar to its warnings against visiting war-torn Sudan or Syria.

One asylum-seeker from El Salvador who staying in a Tijuana shelter while awaiting her immigration hearing in San Diego said she could only hope to God she would not be sent back.

"I`m very scared, I hope this won`t affect me. I cannot return to my country, they tried to rape me there twice because I am a lesbian and the last time I ended up in a hospital in intensive care," said Veronica Martinez, 23. "I trust in God that the court`s decision does not affect me."

The Mexican government also pushed back against the US high court`s action, one that could create a new headache for Mexico.

"This is the ruling by the court, it`s a US issue, and obviously we don`t agree with it, we have a different policy," Foreign Minister Marcelo Ebrard told a news conference.

The court`s decision comes at a delicate time for Mexican-US relations.

Under Trump`s threat of imposing tariffs, Mexico has agreed to house many of the surging number of Central American asylum-seekers south of the border pending their US hearings.

That gesture has led to a sharp decline in US apprehensions and rejections of migrants at the border, winning Mexico praise from Trump following a White House meeting on Tuesday.

But Mexico has resisted US pressure to sign a formal "safe third country" agreement that would commit it to hearing the asylum cases of migrants from Central American and elsewhere, a move that would take even more pressure off the US border.

The downside for Mexico is that the buildup of migrants at the northern border is putting stress on schools, health clinics and housing.

"We have seen outbreaks of acts of xenophobia in Mexico that did not exist before, mainly in the north of the country," said Israel Ibarra, an immigration expert with the Continente Movil consultancy in Tijuana.

Francisco Gallardo, director of the Casa de Migrantes shelter in Reynosa, said migrants are sleeping in tents beside a bridge linking the two countries and are sure to grow more discouraged by the Supreme Court decision.

"We`ll see what measures can be taken because there are about 500 people next to the bridge," Gallardo said.

Under the so-called Migrant Protection Protocols, the US government built temporary, soft-sided courthouses near the border ports of entry in Laredo and Brownsville, Texas, and started hearing cases this week.

In Harlingen, Texas, Judge Delia Gonzalez took the bench Thursday, linked by video conference to a courtroom 30 miles (50 km) away in Brownsville.

She heard the cases of two Salvadorans who crossed from Mexico into south Texas in August, were arrested by US officers, and returned to the Mexican border town of Matamoros.

A Salvadoran woman said she had received cruel threats from gangs, and Gonzalez asked if she feared returning.

After brief hearings, she and a Salvadoran man were given court dates to appear again in October.