Mexico: At least 14 dead in blast at fireworks warehouse 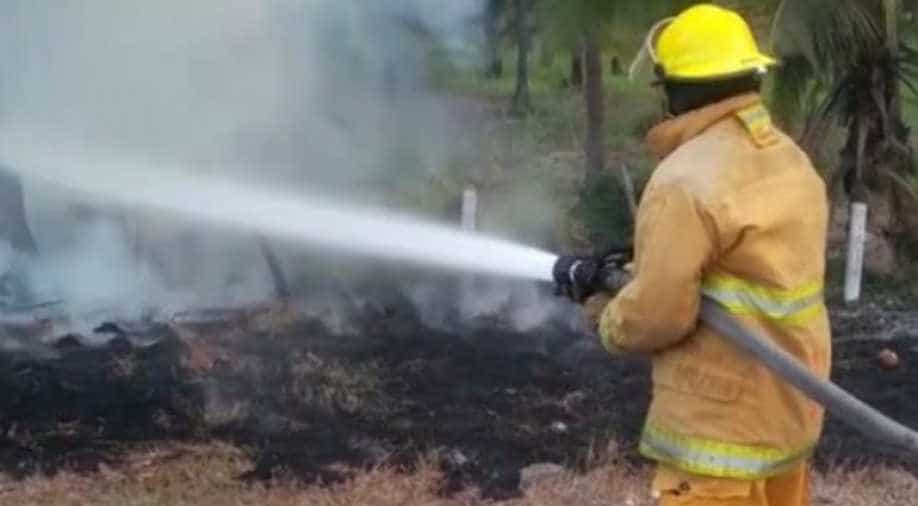 At least 22 others were injured in the explosion which took place in rural area of central Puebla state|| As 11 of the fatalities may be minors,a senior government official said||The blast was set off by a rocket fired from outside the building that struck the stored pyrotechnic material

An explosion at a fireworks warehouse in Mexico has killed at least 14 people and wounded 22 in the second such tragedy in a matter of months.

He said as many as 11 of the fatalities may be minors.

The explosion in the village of San Isidro, 270 kilometres (170 miles) east of Mexico City, came during preparations for a religious festival on May 15, the state government said.

There are people who live in the building where the fireworks were being stored, it said.

The blast was set off by a rocket fired from outside the building that struck the stored pyrotechnic material, the government said.

Army troops and government officials cordoned off the blast site as ambulances rush in to collect the wounded.

State governor Antonio Gali Fayad, who plans to visit the scene of the accident, expressed his condolences overnight Monday as the scope of the tragedy became clear.

Accidents involving the manufacture of fireworks are common in Mexico.

Last December, 42 people died and 70 were injured in a series of spectacular explosions at the country's largest fireworks market, in the town of Tultepec outside Mexico City.

In that catastrophe, the sky filled with multicoloured smoke as the San Pablito market echoed with the crack and thunder of exploding fireworks.

The market was filled with people shopping for Christmas and New Year's festivities. It was reduced to smouldering ruins.

Survivors described hellish scenes of people on fire, including children, as they ran from the market.

Investigators believe a rocket exploded at that market and set off a chain reaction of other blasts.

Christmas and New Year parties in many Latin American countries often wrap up with a fireworks free-for-all.

The entire Mexican village of Tultepec has specialised in marking fireworks since the 19th century.

The San Pablito market had been rocked by two explosions in the past: In September 2005 ahead of the Independence Day holiday, and again the following year.

Both incidents left dozens of injured, but no fatalities.

The fireworks industry reports nearly $10 million a month in revenue in Mexico.

The deadliest fireworks-related accident anywhere in the past 20 years happened in a shopping centre in Peru in 2001 when an explosion in central Lima left 447 people dead or missing and hundreds more injured.

China is the world's biggest producer and consumer of fireworks and the country most often affected by pyrotechnic-related accidents.

In China, firecrackers are set off at weddings, sporting events, concerts and especially during New Year celebrations. The idea is that the blasts scare away evil spirits.