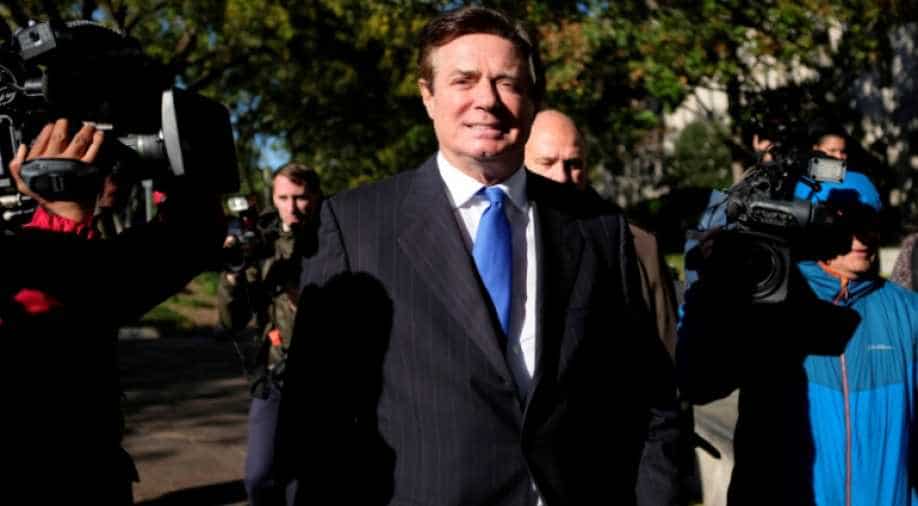 Manafort, 69, is to be sentenced on March 7 by Judge TS Ellis of the Eastern District of Virginia after being convicted of five counts of filing false income tax returns, two counts of bank fraud and one count of failing to report a foreign bank account.

Lawyers for President Donald Trump's former campaign chief Paul Manafort urged a judge on Friday to impose a sentence "substantially below" the potential 19 to 24 years in prison he is facing for tax crimes and bank fraud.

Manafort, 69, is to be sentenced on March 7 by Judge TS Ellis of the Eastern District of Virginia after being convicted of five counts of filing false income tax returns, two counts of bank fraud and one count of failing to report a foreign bank account.

Manafort's attorneys, in a filing with the judge, said the sentencing guidelines -- which call for a prison term of 235 to 293 months -- are "clearly disproportionate to the offence conduct for which Mr Manafort was convicted."

"Mr Manafort acknowledges that he received a fair trial before this Court, he accepts the jury's verdict, and is truly remorseful for his conduct," they said.

His attorneys suggested a "sentence substantially below the range," arguing that Manafort is a first-time offender and is in poor health after spending the past nine months in prison.

Manafort is one of seven former Trump associates and senior aides who have been charged by Special Counsel Robert Mueller's team, which is believed to be nearing the end of its investigation into Russian interference in the 2016 presidential election and possible collusion with the Trump campaign.

Mueller's office said in their own sentencing memo that Manafort was a "bold" criminal who "repeatedly and brazenly" broke the law but did not recommend a specific sentence.

Mueller's office said that Manafort violated the law for years and his sentence "must take into account the gravity of this conduct," to deter both Manafort and anyone else who would commit similar crimes.

"His criminal actions were bold," Mueller's office said, and included attempting to tamper with witnesses and lying to the FBI, government agencies and even his own lawyers.

"The Special Counsel's attempt to vilify Mr Manafort as a lifelong and irredeemable felon is beyond the pale and grossly overstates the facts before this Court," they said.

"The cases that Special Counsel have brought against Mr Manafort have devastated him personally, professionally and financially," they said.

The charges against Manafort were not connected to his role in the Trump campaign but were for work he did for Russian-backed political parties in Ukraine between 2004 and 2014.

Manafort was also charged in Washington with money laundering, witness tampering and other offences and faces separate sentencing in that case.

Trump has repeatedly denied any collusion with Moscow and denounced the probe by Mueller, a former FBI director, as a "political witch hunt."

Finland limits visas to Russians, as tourists use it as a gateway to Europe amid sanctions