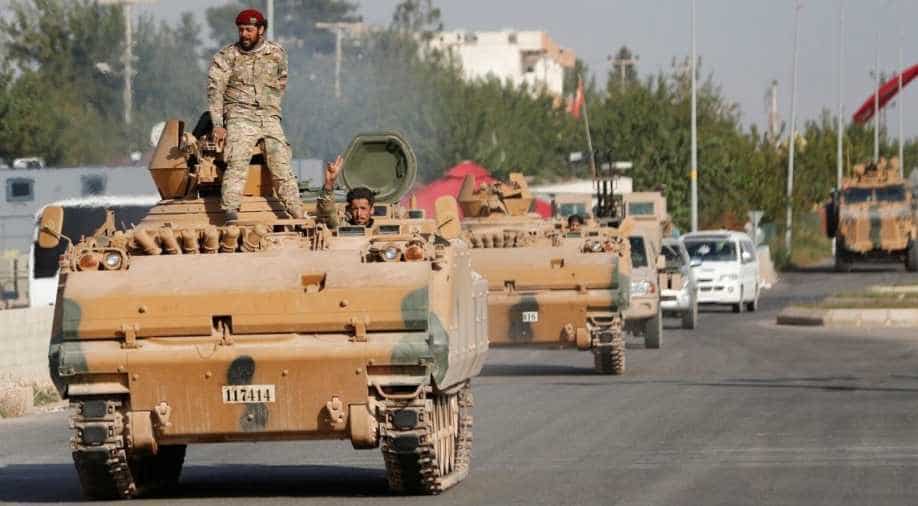 Marte, which lies 130 kilometres (80 miles) from the regional capital Maiduguri, has been repeatedly targeted by the jihadists who attack military bases in the area

Jihadists have killed four Nigerian soldiers and a member of a local self-defence group in an ambush in restive northeast Nigeria, security sources said Tuesday.

A column of Nigerian troops was attacked on Monday by fighters aligned to the Islamic State group outside the town of Marte in the Lake Chad region, the sources told AFP on condition of anonymity.

"We lost four soldiers and a vigilante," said one.

The casualties were taken to a nearby base, a second source said.

Marte, which lies 130 kilometres (80 miles) from the regional capital Maiduguri, has been repeatedly targeted by the jihadists who attack military bases in the area.

The Nigerian army said its forces had thwarted an ambush by jihadists close to Marte after an "initial setback", but did not give any death toll.

"The ambush was reinforced with a crudely prepared Improvised Explosive Device planted by them against the troops", army spokesman Colonel Aminu Iliyasu said in the statement.

ISWAP is a splinter faction of the Boko Haram jihadist group notorious for attacks on civilians.

The decade-long insurgency in northeast Nigeria has killed more than 35,000 people, displaced around two million and spilt over into neighbouring countries.