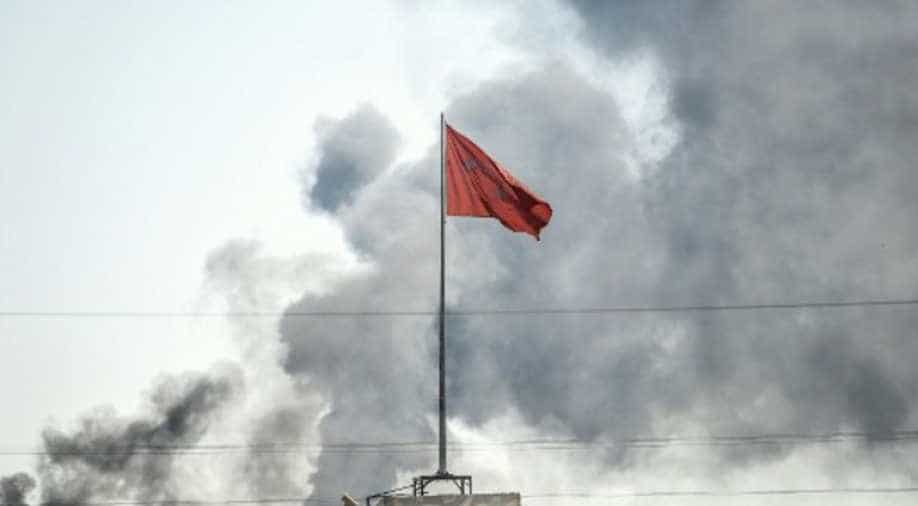 Turkey has criticised Western countries for refusing to repatriate their citizens who left to join IS in Syria and Iraq.

"Now we are telling you that we are going to send them back to you. We are starting this on Monday," Soylu said, referring to members of the Islamic State group (IS).

Earlier this week, Soylu said Turkey had nearly 1,200 foreign members of IS in custody and had captured 287 during its recent operation in northern Syria.

Turkey has criticised Western countries for refusing to repatriate their citizens who left to join IS in Syria and Iraq and stripping some of them of their citizenship.

It remains unclear whether Turkey will be able to repatriate those who have lost their citizenship.

Although under the New York Convention of 1961, it is illegal to leave someone stateless, several countries, including Britain and France, have not ratified it, and recent cases have triggered prolonged legal battles.

Britain has stripped more than 100 people of their citizenship for allegedly joining jihadist groups abroad.

High-profile cases such as teenage IS recruit Shamima Begum, and another alleged recruit Jack Letts, have sparked court proceedings and fierce political debate in Britain.