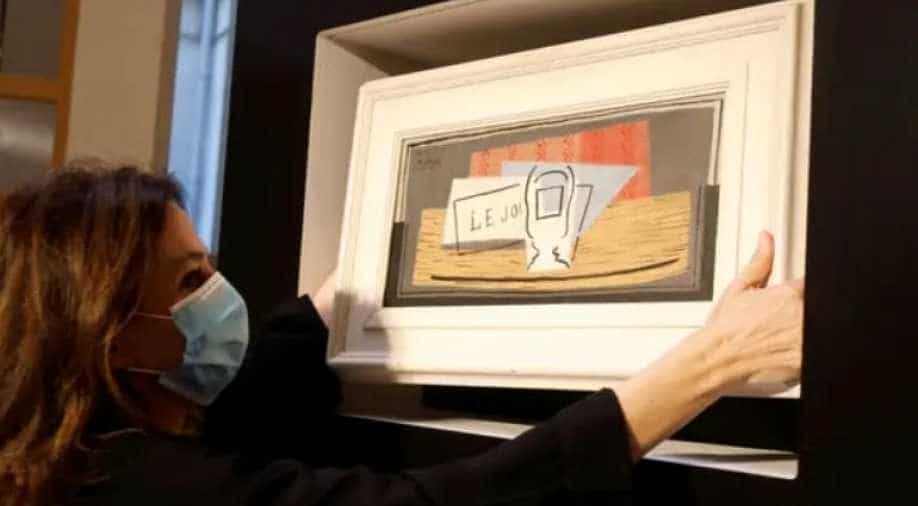 The painting, Nature Morte, or Still Life, is valued at €1m ($1.1m). However, the art collector, David Nahmad, said that the painting values more than the value being revealed

It is very rare that people expect to win the lottery or a lucky draw. However, sometimes miracles happen to you, and this felt like nothing less than a miracle to an Italian lady who won a Pablo Picasso painting in a raffle ticket.

An Italian lady, Claudia Borgogno, has won Pablo Picasso's oil painting in a charity draw on Wednesday. The painting, Nature Morte, or Still Life, is valued at €1m ($1.1m). However, the art collector, David Nahmad, said that the painting values more than the value being revealed.

Claudia, who is an accountant by profession, is a 58-year old woman and claims to have never won anything before in life. But has now hit the jackpot by winning a valuable piece of art.

Her son, Lorenzo Naso, bought two Christmas raffle tickets, worth €100 each, in December. He bought one for his mother but never expected such a prize.

Claudia, who is a fan of Picasso's artwork said she still cannot believe that she will get a chance to hang one of his paintings on her wall.

The ticket was picked out in an electronic draw at an auction house Christies in Paris out of 51,140 tickets sold online for €100 ($109) each. Proceeds are going to provide water for villagers in Madagascar and Cameroon.

Lorenzo Naso said this win has come at a good time as the family has had a hard time during the pandemic, and this win made his time very happy. "When I arrived and I told her she has won she was like: ‘Please don’t joke’,” he expressed.

Nahmad will be paid €900,000 for the work. The painting was the smallest of 300 works by Picasso that he owns, the largest private collection of works by the Spanish artist.