Is US on the brink of another civil war? 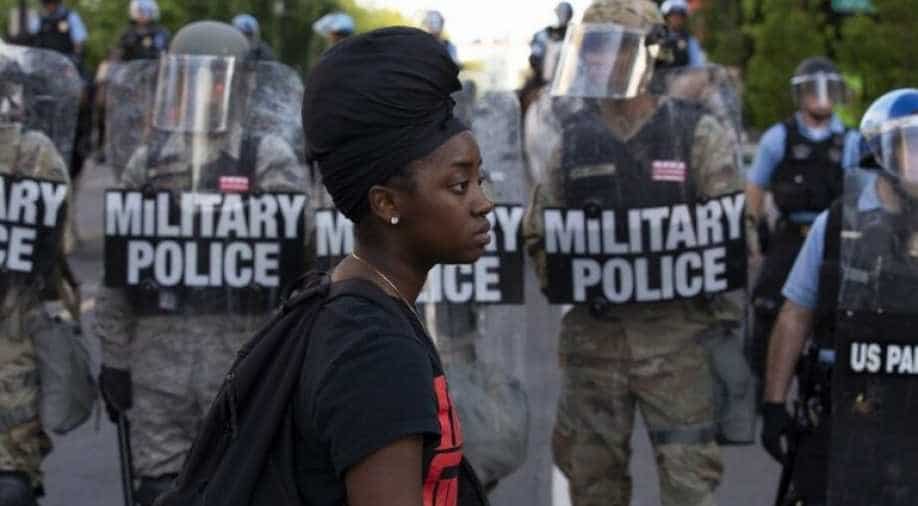 A demonstrator walks in front of a row of military police members wearing riot gear as they push back demonstrators outside of the White House, June 1, 2020 in Washington DC. Photograph:( AFP )

This is the America of today, a house divided and at war with itself.

George Floyd’s death in police custody has triggered massive protests in a politically divided country that has been hit hard by the coronavirus pandemic.

The United States is witnessing its worst civil war in decades and both sides only seem to want confrontations and not solutions. This is the America of today, a house divided and at war with itself.

The eruptions of violence have not let up despite the arrest on Friday of former Minneapolis police officer, Derek Chauvin, 44. He has since been charged with third-degree murder.

In Chicago, the demonstrators looted stores, smashed windows, stole furniture and electrical goods. In Philadelphia, hundreds of armed vigilantes took to the streets to stop the protesters despite the presence of police personnel.

In Washington DC, heavily armed cops shoved a reporter of the news channel owned by an Australian media network and also punched the cameraman.

US President Donald Trump has condemned the killing of George Floyd, a 46-year-old African American, who died after a white policeman pinned his neck under a knee for nearly nine minutes in Minneapolis on May 25, and has promised justice.

But, with marches and rallies for racial equality and against police brutality having turned violent late each day in the last week, he said rightful protests could not be drowned out by an “angry mob.”