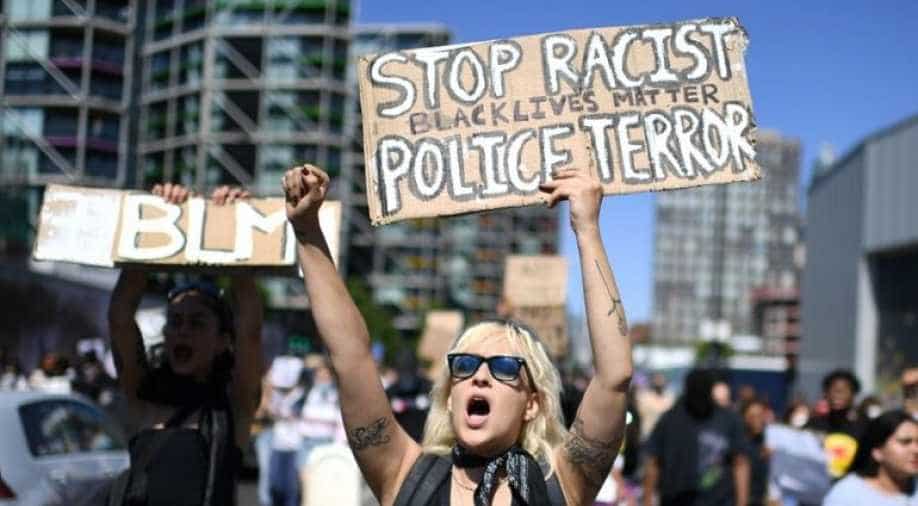 UN rights chief Michelle Bachelet said that "protests triggered by the killing of George Floyd highlighted not only police violence against people of colour, but also inequalities in health, education, employment and endemic racial discrimination."

"This virus is exposing endemic inequalities that have too long been ignored," Bachelet asserted.

We all have a responsibility to #FightRacism. #COVID19 or not, I call on everyone to take a stand, speak up and put an end to racism wherever present.

Police used tear gas against protesters outside the White House in Lafayette Park enraging the people. US presidential candidate Joe Biden hit at Trump for "using the American military against the American people" as the protests took political overtures ahead of the US elections in November.

"He tear-gassed peaceful protesters and fired rubber bullets. For a photo," Biden tweeted, adding,"For our children, for the very soul of our country, we must defeat him."

Trump had said earlier that he was deploying thousands of soldiers and police to prevent protests in Washington.

"What happened in the city last night was a total disgrace," the US President said.

"I am dispatching thousands and thousands of heavily armed soldiers, military personnel and law enforcement officers to stop the rioting, looting, vandalism, assaults and the wanton destruction of property." Trump declared.