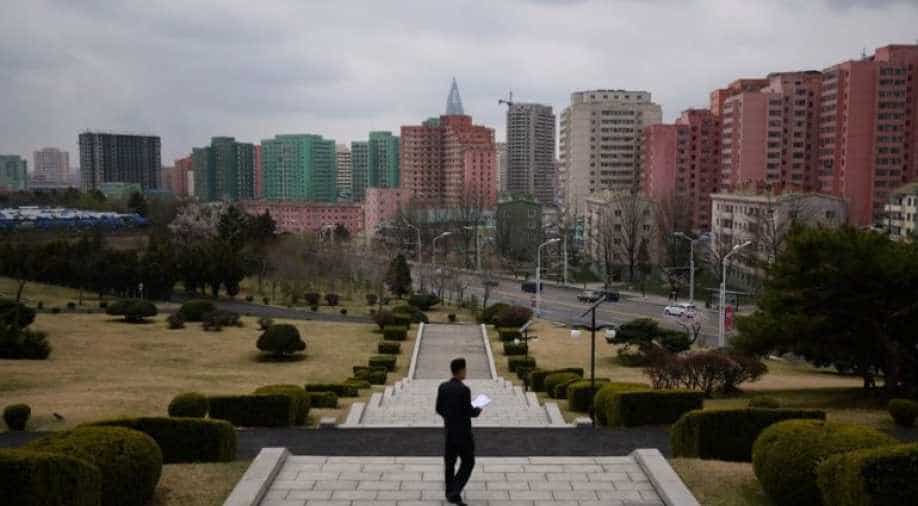 An international trade fair in North Korea this week may be the largest such event on record, analysts said on Tuesday, with hundreds of Chinese and other foreign vendors taking part despite sanctions pressure.

More than 450 companies from North Korea, China, Russia, Pakistan, Poland and "other countries and regions" showcased a range of products at the fair, KCNA said.

That number would make it the largest trade fair hosted by North Korea, according to an analysis of state media announcements from 2007 to 2019 conducted by NK News, a website that tracks North Korean issues.

Among those taking part this year were at least 216 Chinese companies, NK News said in an analysis.

"The numbers tie into a lot of what we've seen recently demonstrating real Chinese interest in pushing ahead with business opportunities in North Korea, even though technically not much can go ahead under the current sanctions regime," said Oliver Hotham, managing editor of NK News.

North Korean officials opened the event by saying it was a chance to expedite trade, economic cooperation, and science and technology exchanges with the participating countries, state media reported.

Sanctions imposed over North Korea's nuclear weapons and missile programmes would prohibit all joint ventures and most business with North Korea, analysts said, while some foreign business operations have previously said they were only preparing the ground for when sanctions are lifted.

"A wide range of sectors, and domestic products from North Korea as well as imports," said British ambassador to North Korea, Colin Crooks, in a post on Twitter.

"Most of the foreign exhibitors were from China."

Photos posted on Facebook by the Russian embassy in Pyongyang showed its ambassador, Alexander Matsegora, posing at a booth showcasing Russian pharmaceuticals.

Since last year, leader Kim Jong Un has embarked on a diplomatic campaign to try to get the sanctions lifted and allow him to jumpstart the economy.

Under Kim, North Korea has seen a rise in private markets and growing consumerism, but it faces tight political and economic control.

Kim's second summit with US President Donald Trump in February ended in an impasse, with Washington saying Kim had not offered to give up enough of his nuclear programme to warrant an easing of sanctions.

Since then, North Korea has expressed growing frustration, with negotiations stalled and tensions rising.

In a front-page commentary on Monday, North Korea's ruling party newspaper said sanctions were designed to create economic hardship and warned North Koreans not to depend on the restrictions being lifted.

State media and international aid organizations say that recent droughts and small harvests could lead to a serious shortage of food for many North Koreans this year.