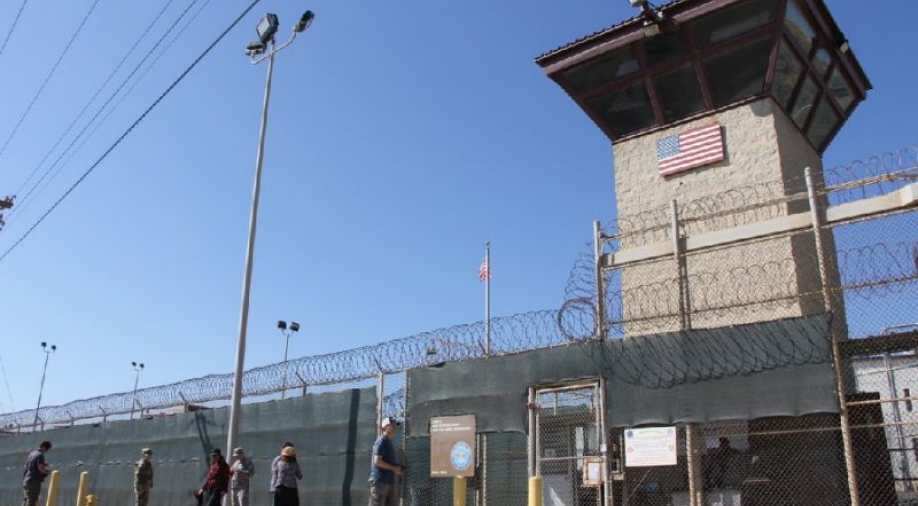 A US military detention facility in Guantanamo Bay naval base in Cuba (representative image). Photograph:( AFP )

It would have been the final day after two weeks in which the new judge, Air Force Colonel Matthew McCall, sought to get the long-festering case back on track after an 18-month delay due to the pandemic

The pretrial hearing in the case against accused 9/11 attacks mastermind Khalid Sheikh Mohammed and four others was suspended Friday amid a coronavirus scare in the courtroom at the US naval base in Guantanamo Bay, Cuba.

An official of the Office of Military Commissions, which conducts the Guantanamo trials, said that the confirmed infection of a media reporter who was at the court all last week and the suspected infection of another person who had been in the courtroom caused the judge to halt the hearing.

It would have been the final day after two weeks in which the new judge, Air Force Colonel Matthew McCall, sought to get the long-festering case back on track after an 18-month delay due to the pandemic.

It was not yet known how other military tribunals of Guantanamo detainees would be affected, amid an effort to advance prosecutions two decades after the devastating Al-Qaeda attacks on September 11, 2001.

There are 39 detainees still at the base, with 10 facing trial currently. Four of the five in the September 11 trial have been vaccinated, according to attorneys.

The Pentagon has also struggled to get all of its military and civilian staff vaccinated, and is only implementing a mandatory vaccination policy beginning this month.

According to Military Times, nearly half, 20 of the 46 service member deaths from coronavirus died since mid-July, as the Delta variant has spread.

None of the deaths were of people fully vaccinated.

Like other US military bases, Guantanamo, with a population of about 6,000, has suffered its share of Covid-19 cases despite being relatively isolated, both from the rest of Cuba and the US mainland.

The military tribunals though require defense and prosecution attorneys, legal aides, stenographers, judges and others to fly in to the base for the hearings, though a new electronically-linked remote hearing room was just opened just outside Washington to allow for participation by video feed.

On a visit to the Guantanamo Bay Base last week, reporters were guided by two civilian public affairs officials who said they were not vaccinated and who often went maskless, indoors and outdoors.