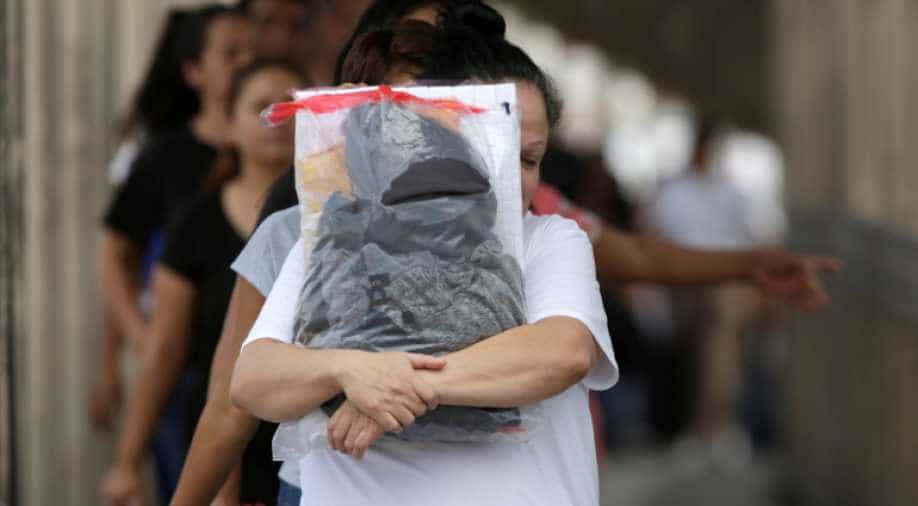 Mexican migrants deported from the US walk towards Mexico at Paso del Norte International border bridge, in this picture taken from Ciudad Juarez, Mexico. Photograph:( Reuters )

The rule, published in the Federal Register on July 23, broadened the practice of 'expedited removal' to apply to anyone arrested anywhere nationwide who entered the United States illegally and cannot prove they have lived continuously in the country for at least two years

Advocacy groups sued the Trump administration on Tuesday in an effort to block a rule published last month that expands the number of migrants who can be subject to a sped-up deportation process without oversight by an immigration judge.

The rule, published in the Federal Register on July 23, broadened the practice of "expedited removal" to apply to anyone arrested anywhere nationwide who entered the United States illegally and cannot prove they have lived continuously in the country for at least two years.

Previously, only migrants caught within 100 miles of a US border and who had been in the country for 14 days or less were subject to the fast-track process.

Under expedited removal, migrants are not entitled to a review of their cases in front of an immigration judge or access to an attorney.

The lawsuit, filed in US District Court in Washington, D.C., by the American Civil Liberties Union and the American Immigration Council on behalf of three immigration rights groups, claims the government did not go through the proper procedures in issuing the rule and says it violates due process and US immigration laws.

The US Department of Justice declined to comment on the filing.

President Donald Trump has struggled to stem an increase of mostly Central American families arriving at the US-Mexico border, leading to overcrowded detention facilities and a political battle over immigration that is inflaming tensions in the country. In El Paso, Texas, last weekend a gunman killed 22 people after apparently posting an anti-immigrant manifesto online.

Nearly 300,000 of the approximately 11 million immigrants in the United States illegally could be quickly deported under the new rule, according to the nonpartisan Migration Policy Institute.

"Hundreds of thousands of people living anywhere in the US are at risk of being separated from their families and expelled from the country without any recourse," Anand Balakrishnan, an attorney with the ACLU`s Immigrants` Rights Project, said in a statement.

The government has said increasing rapid deportations would free up detention space and ease strains on immigration courts, which face a backlog of more than 900,000 cases.

People in rapid deportation proceedings are detained for 11.4 days on average, according to the US Department of Homeland Security. People in regular proceedings are held for 51.5 days and are released into the United States for the months or years it takes to resolve their cases.