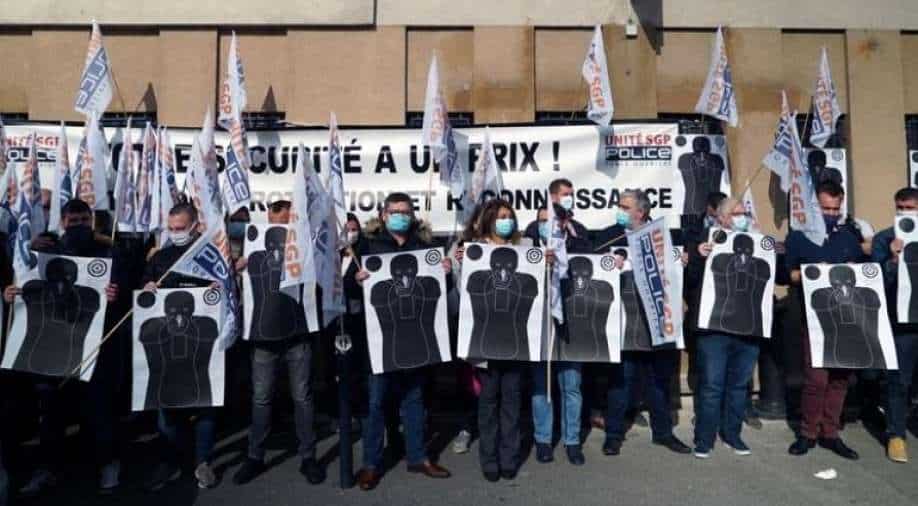 After weeks of continuous protests by the locals in France, the French police has also taken to streets to raise their voices against the proposed changes in the new security bill.

Police officers in the capital city, Paris, organised a rally to denounce the French President Emmanuel Macron and stood outside the iconic Place de l'Etoile in their official uniforms.

The roads surrounding the area illuminated with the blue lights of their police cars as the officers stood peacefully while chanting slogans against the government's decision.

These protests were organised to denounce Macron's recent hit at the local police alleging them of being harsher and questioning their policing. He had also vowed to personally intervene in the matter if things do not get better. He had penned a letter explaining his plans of bringing reforms in training in a few key areas, mainly: police training, supervision, resources, video footage of interventions, inspections, and relations with the wider population.

This decision was taken after a few images and videos were circulated on the internet in which the police officers can be seen beating unarmed locals.

The police officers claim the revisiting of the security law will hinder in their protection as they, too, get harassed and so does their family. "I speak on behalf of the colleagues who are behind me, who suffer every day outside, who are molested, burned, abused, harassed," a local agency quoted a police officer.

French police officers have been staging small protests against Emmanuel Macron, and they reportedly plan to continue to organise more of such protests till the time the President assures their safety too.