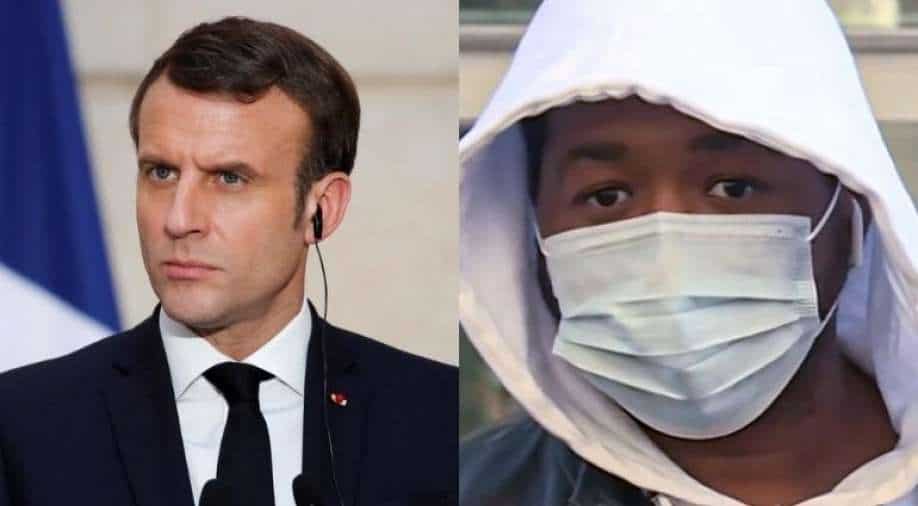 Emmanuel Macron and the Black music producer who was beaten up by Paris Police Photograph:( Reuters )

The police officers, allegedly, chased him in the building and then started assaulting him and racially abused him

The French President Emmanuel Macron has expressed sadness and said he is "very shocked" to hear about a Black man being beaten up by the Paris police.

A video and images started circulating on the internet where a Black music producer can be seen being beaten up by Paris police for apparently not wearing a face mask.

The French authorities are now investigating the matter. The incident took place inside the entrance of a building. The victim has been identified as Michel, who is a music producer. He claims he was walking on the street without a face mask, and quickly entered his music studio's entrance when he saw local police taking rounds. He claims to have done so to avoid getting a fine. However, the police officers, allegedly, chased him in the building and then started assaulting him and racially abused him.

The two police officers have been detained and will further be sanctioned if the alleged wrongdoing is confirmed, the Interior Minister Gerald Darmanin told the local media.

The investigation is also using the CCTV videos and the images and videos shot through an onlooker's mobile phone — which have already been circulated on various social media platforms.

Stepping outdoors without a face mask is not allowed in France now, especially after a recent surge in coronavirus cases that has sent the whole country into a second lockdown to contain the spread of the deadly virus. While people are being urged to not step out, it is compulsory to wear a face mask if they do plan to go outdoors.

Russia has captured Lysychansk, has control over Luhansk: Defence minister