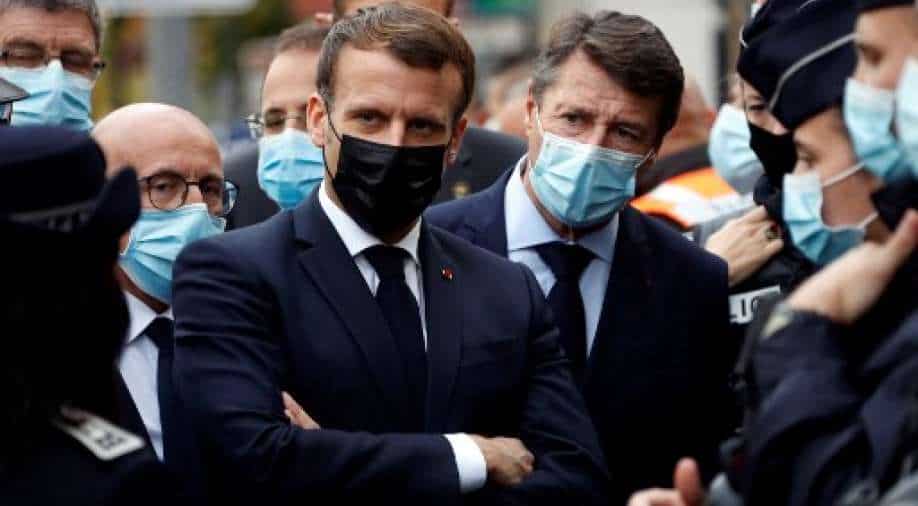 The chief suspect in the fatal stabbings of three people in a church in the French city of Nice was charged on Monday with their murder, anti-terrorism prosecutors said.

Brahim Aouissaoui, a 21-year-old Tunisian national, was shot and seriously injured by police inside the French basilica after the October 29 attack. He was charged after his condition in the hospital improved, allowing police to question him.

The knife-wielding Tunisian national shouting "Allahu Akbar" (God is Greatest) beheaded a woman and killed two other people in a church in the French city of Nice in October before being shot and taken away by police.

Chief anti-terrorist prosecutor Jean-Francois Ricard said that Brahim Aouissaoui had entered the city by train early on October and made his way to the church, where he stabbed and killed the 55-year-old sexton and beheaded a 60-year-old woman.

The middle school teacher, Samuel Paty, was killed by a young man of Chechen origin who, before the attack, recorded a message saying he wanted to punish Paty for showing pupils caricatures of the Prophet Mohammad in a civics class.

Until now, the only connection prosecutors had drawn between the Paris attack and the Nice church attack was the method employed. In both cases, the attackers used a large knife and beheaded, or tried to behead, their victims.

The knife attack in Nice prompted the government to raise the security alert for all French territory to its highest level and President Emmanuel Macron said more soldiers would be deployed to protect key sites such as places of worship and schools.