Nice terror suspect gave no indication he was contemplating violence 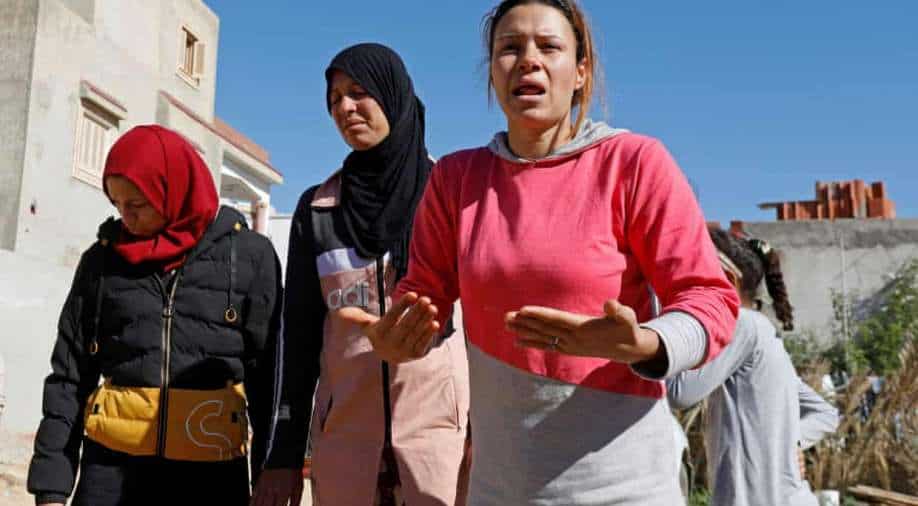 Multiple reports say Brahim al-Aouissaoui had small-time run-ins with the law as a teen, but nothing that alerted Tunisian authorities to possible extremist leanings.

The 21-year-old Tunisian behind the attack, who killed three in an attack in France's Nice spoke to his family 12 hours before the attack, and never gave any indication he was contemplating violence.

Multiple reports say Brahim al-Aouissaoui had small-time run-ins with the law as a teen, but nothing that alerted Tunisian authorities to possible extremist leanings.

The spokesperson for Tunisia's anti-terrorism prosecutor's office, Mohsen Dali, said al-Aouissaoui is not classified as being a terrorist element to the security and judicial authorities.

Issaoui's mother told investigators that he led a normal life for someone of his age. He drank alcohol and wore ordinary clothes. He started praying two years ago, but did not have any suspicious associates.

He grew up among eight sisters and two brothers in a modest home on a potholed road in Thina, a working-class neighbourhood in an industrial zone close to Sfax, a major port on Tunisia’s eastern coast.

He later opened a vegetable stall in a shop that also sold gasoline illegally.

Authorities said al-Aouissaoui’s occasionally violent behaviour and drug use had brought him to the attention of local police.

He decided on September 14 to try to enter Italy illegally, having failed in a previous attempt.

He arrived in Italy's southernmost island of Lampedusa on September 20, and was transferred to Puglia, where he was quarantined for the coronavirus on a ship with some 800 other migrants. His expulsion order was dated October 9.

He is believed to have travelled first to Paris, with Tunisian officials saying he arrived in Nice the day before the attack.

al-Aouissaoui had called his family at about 8pm on October 28 to tell them he was in France.

Knife-weilding al-Aouissaoui, who was also carrying two phones and a Quran, was then shot by police when he attacked three people. He is now in a critical condition and under heavy guard in hospital.

Authorities in both Italy and Tunisia are cooperating with France on the investigation.

The attack took place at a time of growing anger among Muslims in many countries over the issue of French cartoons of the Prophet Mohammad, which they deem insulting and blasphemous.

It occurred almost two weeks after Samuel Paty, a school teacher in a Paris suburb, was beheaded by an 18-year-old Chechen. Paty had shown his pupils such cartoons in a class on freedom of expression.

France, home to Europe's largest Muslim community and hit by a string of militant attacks in recent years, has defended the right to publish such cartoons. President Emmanuel Macron has insisted France will not compromise on its basic freedoms of belief and expression.

To this end, France stepped up security nationwide on Friday to guard against Islamist attacks after the fatal stabbings at a church in Nice, while protests flared in parts of the Middle East, Asia and Africa over French caricatures of the Prophet Mohammad.

Macron deployed thousands of soldiers to protect sites including places of worship and schools, and the nation was at its highest level of security alert after the second deadly knife attack in its cities in two weeks.

Police were holding the 21-year-old Tunisian migrant over the attack in which a man shouting "Allahu Akbar" (God is Greatest) decapitated a woman and killed two other people in Notre Dame Basilica in Nice on Thursday.