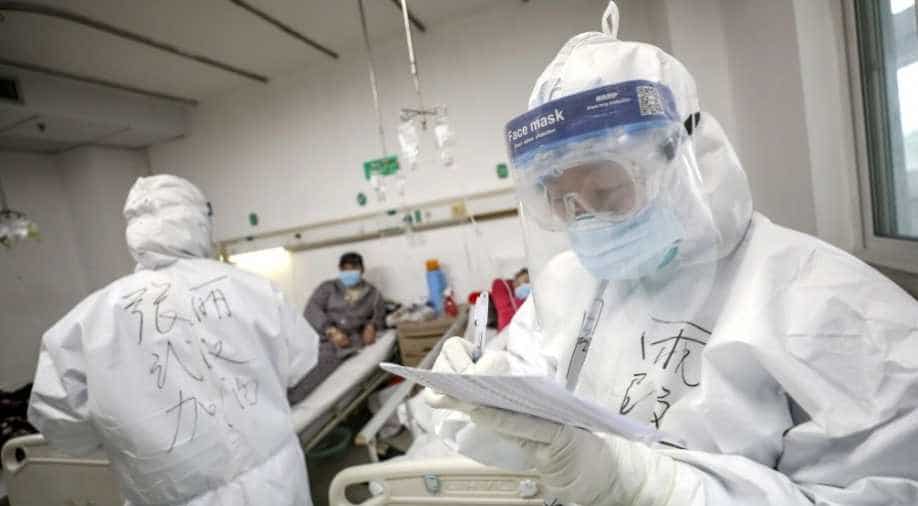 Only three deaths have so far been recorded outside mainland China -- in the Philippines, Hong Kong and Japan.

An 80-year-old Chinese woman died in France due to coronavirus, the first death confirmed outside of Asia.

According to a report, the victim was a tourist from China's Hubei province. She had arrived in France in January and was kept in quarantine in a hospital since January 5.

Only three deaths have so far been recorded outside mainland China -- in the Philippines, Hong Kong and Japan.

More than 2,600 new cases of a coronavirus have been confirmed in China with deaths up by 143, health officials said on Saturday.

Most of the new deaths in central Hubei province and in particular the provincial capital of Wuhan, a city of 11 million people where the outbreak began in December.

The total number of infections across mainland China was 66,492 after 2,641 new cases were confirmed as of Friday, the National Health Commission said.

China is confident the epidemic will be over soon, its vice minister of foreign affairs said.

"The impact of the epidemic on the Chinese economy will be short term and temporary," Qin Gang said at the Munich Security Conference.

"When the epidemic is over, the subdued consumer demand will be released rapidly and the economy will rebound strongly."

The virus is killing about 2% of those infected and has spread faster than other respiratory viruses that emerged this century.

A WHO-led joint mission with China is due to start its outbreak investigation this weekend, focusing on how the new coronavirus is spreading and its severity.