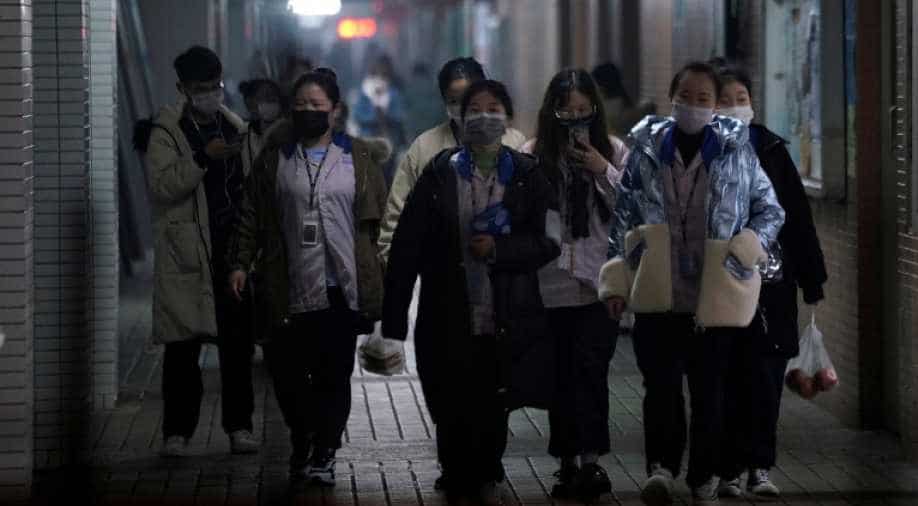 Home to 22 million people, the capital has not resumed full economic activity following the Lunar New Year holiday due to the coronavirus.

Beijing witness heavy pollution returning to shroud the skies even though polluting emissions from factories and vehicles were below normal due to the effects of the coronavirus outbreak.

Experts prompted by the subpar air quality stated that China needs to step up its war on pollution which may include strengthening regulation of coal-fired power generation.

Air Quality Index (AQI) of Beijing reportedly rested at 222, which was 22 points above the threshold for very unhealthy pollution and readings indicated that it largely constituted of harmful microscopic particulates known as PM2.5, which are most damaging to human lungs.

Beijing’s PM2.5 levels were as high as 240 micrograms per cubic metre, per a statement issued by the United States Embassy. This was reportedly tenfold of the World Health Organisation’s recommended level of 25.

Though Beijing is too familiar with smog blanketed skies in the winter, for it to happen when emissions from industry and traffic are subdued is a concerning matter for the nation.

Home to 22 million people, the capital has not resumed full economic activity following the Lunar New Year holiday due to the coronavirus.

Workers are steadily returning to their jobs due to restrictions on travel and businesses to provide adequate virus protection, such as masks and body temperature screenings.

Ma Jun, former Chief Economist of China’s Central Bank and current Director of the Institute of Public and Environmental Affairs, an NGO issued a statement saying, "Even without car emissions, these industrial and coal-fired emissions are enough to plunge Beijing into consecutive days of severe pollution amid unfavourable weather."

Traffic from cars and trucks is still light in Beijing, forcing many residents to avoid stepping outside and contracting the virus, which causes deadly Covid-19 disease.

Pollutants from industry such as steel mills and thermal power plants that continued to operate over the holiday period as well as the local weather have been blamed by experts for the poor air quality.

Though emissions dropped by 20 to 30 per cent compared to average, polluted air in the city was still trapped by factors such as weak wind, high humidity and strong thermal inversion, as per reports from researchers with the Institute of Atmospheric Physics of the Chinese Academy of Sciences.

Tackling air pollution is an ancient endeavour of China's leadership, which has been the fallout from its rapid economic growth. As the economy has slugged to its lowest in almost 30 years, the government decided to ease on winter smog controls.