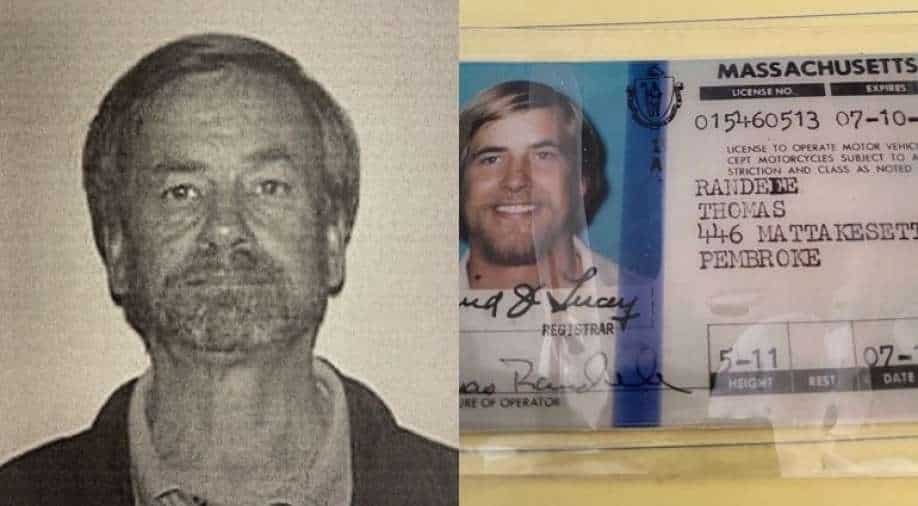 Investigators had chased leads across the country, to California, Hawaii, Texas and Oregon, in search of their fugitive. Conrad was featured on several true-crime shows

The boy watched as his father, John K. Elliott, sat in the kitchen one afternoon in 1970, lost in thought.

“Can you pass the mashed potatoes?” Peter J. Elliott asked his father, a US marshal in Cleveland, Ohio, who was thinking about the man who had pulled off one of the biggest bank robberies in the city’s history.

“When am I going to get Ted Conrad?” John Elliott asked his son, a year after Theodore Conrad had walked off with $215,000 in cash, the equivalent of about $1.6 million today.

On Friday, more than 50 years after the heist, Peter Elliott, now a US marshal himself, had an answer for his father.

The US Marshals Service announced that it had found Conrad after investigators pursued a lead and discovered that he had been living under the fictitious name Thomas Randele in Lynnfield, Massachusetts, about 16 miles north of Boston, until his death from lung cancer in May.

Investigators had chased leads across the country, to California, Hawaii, Texas and Oregon, in search of their fugitive. Conrad was featured on several true-crime shows, including “America’s Most Wanted” and “Unsolved Mysteries.”

Investigators learned that after the theft, Conrad fled to Washington, D.C., and then to Los Angeles, and eventually went to Massachusetts in 1970, where he established deep roots with his wife and daughter. There, he was a golf pro, worked at a luxury car dealership for 40 years and enjoyed watching “NCIS” and other law enforcement shows on television, Elliott said.

Conrad was well liked in his community by police officers and other law enforcement officials.

“That’s probably why, you know, we didn’t catch up with him in the past — because he was a law-abiding citizen, and we didn’t have any fingerprints on file,” Elliott said.

On his deathbed, Conrad told his family the truth, Elliott said. He told them his real name and what he had done July 11, 1969.

It was a Friday, and he went to work at the Society National Bank in Cleveland, where he was a bank teller. At the end of the day, he stuffed money from the vault into a paper bag and left.

By Monday morning, as his co-workers opened the vault and wondered where their colleague was, Conrad had a two-day head start on the authorities.

Some of the details of the robbery, such as the denomination of the bills and how Conrad was able to stroll out without being noticed, were not immediately available. But Elliott said there was not much security at the bank, where employees were not even fingerprinted.

A year before, Conrad had been obsessed with “The Thomas Crown Affair,” a 1968 Steve McQueen film in which a bored billionaire robs a bank to amuse himself. Conrad had told friends that he planned to rob a bank, bragging about how easy it would be, the US Marshals Service said.

“He was a darer, so to speak,” Elliott said. “After seeing that movie, I believe he thought, ‘Hey, what if I do this and get away with this?’ I really think it was a challenge for him to be able to do it.”

Years later, authorities would retrieve a letter that Conrad wrote in 1969 to his girlfriend. In it, he confessed to the crime and expressed regret for committing it.

After Conrad confessed this year, his family did not contact the authorities, Elliott said. Only after authorities saw an obituary for Thomas Randele, 73, did they begin to piece together evidence, which had been mostly gathered by Elliott’s father decades ago.

Elliott said the Randele family would not be charged for failing to disclose Conrad’s confession to the authorities. Conrad had been indicted, and there is no statute of limitations on bank robbery, so he would have still been arrested if the authorities had found him, Elliott said.

The second clue was his parents’ names. They were almost exactly the same in the obituary. The obituary also included his actual alma mater, New England College, and birthplace, Denver.

“When people lie, they lie close to home,” Elliott said.

Then, the final clue that pieced it all together: a signature from a college application, which was first found by Elliott’s father, which was similar to one that authorities found on a bankruptcy court document in 2014, scribbled with the name Thomas Randele.

That was all Elliott needed. He traveled to Lynnfield, knocked on the door and was greeted by Conrad’s family, who were surprised to see the officials.

“I feel bad for them because of a father-husband that they really never knew who he was, and also, you know, they are living under a fictitious name,” Elliott said.

Kathy Randele, Conrad’s widow, said in an interview Saturday that “we’re still mourning his loss, and he was a wonderful dad and a fabulous father.” She declined further comment.

The last time Elliott and his father talked about the bank robbery case was in March 2020, when John Elliott was in hospice.

Peter Elliott wanted to cheer him up, so he reached for his iPad and played “Lake Erie’s Coldest Cases,” a documentary series that featured an episode on the case and showed his father being interviewed.

Perhaps soon, Peter Elliott said, he will watch “The Thomas Crown Affair,” see Steve McQueen try to get away with it, and think of his father.