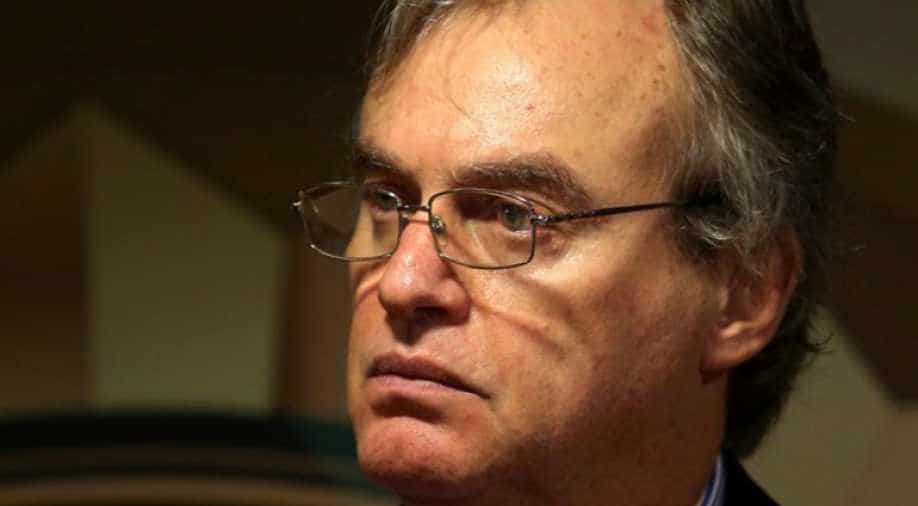 Kuczynski is trying to restore political stability and revive investments in one of Latin America`s most robust economies. Photograph:( Reuters )

Peru`s President Pedro Pablo Kuczynski could end up the surprise winner of an attempt to oust him from power this week, after some opposition lawmakers broke ranks with party leaders to support him, opening a divide that might strengthen his hand.

Despite having a Congressional majority, the rightwing opposition party Popular Force was unable to push through a motion to remove Kuczynski from office on Thursday, after 10 of its own lawmakers broke ranks to save the president.

The vote cemented a growing divide in the opposition and looked to threaten its control over Congress, potentially aiding Kuczynski as he tries to restore political stability and revive investments in one of Latin America`s most robust economies.

The surprise defection was the result of a deal struck between Kuczynski and Popular Force rebel lawmaker Kenji Fujimori to get his father and ex-president Alberto Fujimori out of prison, alleged Popular Force secretary general, Jose Chlimper.

Over the past year, Kenji has courted Kuczynski`s centre-right government while challenging his sister Keiko`s leadership of the rightwing populist movement that their father formed in the 1990s.

In defiance of his sister, Kenji threw his support behind Kuczynski ahead of the vote on whether to remove him from office over unproven graft allegations. Nine other Popular Force lawmakers followed his lead.

"This is the birth of a serious and formal split (in the Fujimori movement)," said Guillermo Loli, the head of political research for pollster Ipsos Peru.

"Everything points to a pardon," he added.

Kuczynski`s government denied that a pardon for Fujimori was part of its political negotiations.

In an address to the nation late on Friday, Kuczynski said he would spend the coming days reflecting on his year and a half in office. "I`ll be announcing to you changes to make sure 2018 is not just a year of greater growth, but politically different," Kuczynski said.

Efforts to reach the Popular Force lawmakers who defected were not successful. One, Clayton Galvan, said on local TV channel Canal N that Alberto Fujimori called them from prison to ask them to help Kuczynski stay in power.

Alberto Fujimori, who is serving a 25-year sentence for graft and human rights crimes, is a deeply divisive figure in Peru. While many consider him a corrupt dictator, others credit him with ending an economic crisis and bloody leftist insurgency during his 1990-2000 term.

Freeing him would likely anger the well-organized foes of the Fujimori clan - a mix of technocrats, leftists, human rights activists and academics.

"The day (Kuczynski) signs a pardon, he loses all of those guys. Permanently," said Harvard University political scientist Steve Levitsky.

Support from the anti-Fujimori crowd was key to Kuczynski`s razor-thin victory over Keiko in last year`s presidential election, and to keeping the motion to oust him from succeeding.

"Kuczynski was saved by two diametrically opposed political groups: Kenji`s group and the left, which opposes a pardon. He can`t please both of them," said Levitsky.

Kuczynski, a 79-year-old former investment banker, took office amid hopes he would usher in cleaner government and faster economic growth. Instead, a graft scandal roiling Latin America has stalled investments and ensnared him in allegations of wrongdoing.

Before the vote on Thursday, Kuczynski fanned fears of a return to Peru`s authoritarian past and described the motion as part of a legislative "coup" attempt by Keiko`s supporters.

Popular Force denies the charge and says the bid to remove him was part of its fight against corruption and within the bounds of the constitution.

"If they have any sense of decency after this vote, the least they could do is present their resignations," Becerril told journalists on Friday. "Hopefully today."

With 10 votes fewer, Popular Force would command 61 seats in the 130-member, single-chamber Congress, less than an absolute majority, though it would still be the biggest voting bloc.

The political crisis has cost Kuczynski his interior minister, Carlos Basombrio, who announced his resignation on Friday. Kuczynski could make a decision about other Cabinet changes in coming days, his government said.