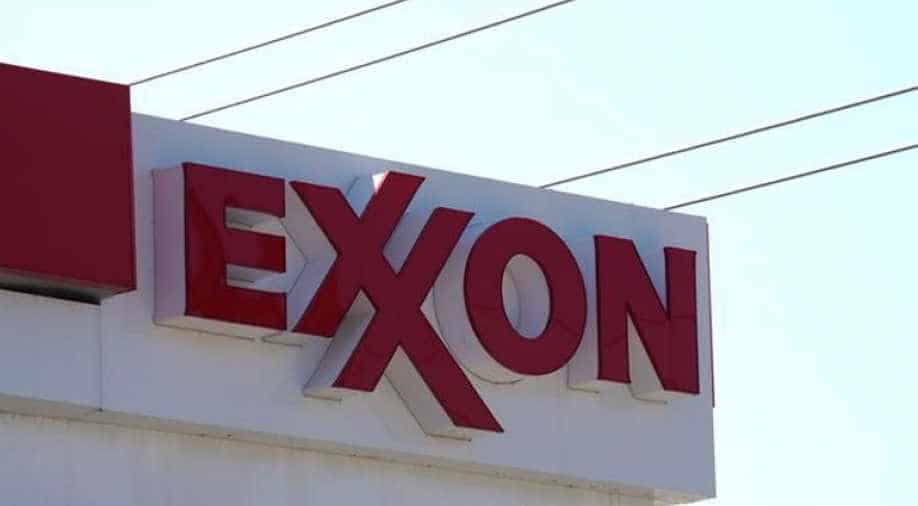 Exxon has decided to pull out of Pakistan because it had "issues with partners", particularly the developer, GEIL. Photograph:( Reuters )

The tiny firm would not have had a chance were it not for an unusual twist: the support of some of Exxon’s biggest institutional investors

Wall Street has seen its share of strange bedfellows, but a recent alliance of investors that took on Exxon Mobil was unprecedented.

Last week, an activist investor successfully waged a battle to install three directors on the board of Exxon with the goal of pushing the energy giant to reduce its carbon footprint. The investor, a hedge fund called Engine No. 1, was virtually unknown before the fight.

The tiny firm would not have had a chance were it not for an unusual twist: the support of some of Exxon’s biggest institutional investors. BlackRock, Vanguard and State Street voted against Exxon’s leadership and gave Engine No. 1 powerful support. These huge investment companies rarely side with activists on such issues.

The stunning result turned the sleepy world of boardroom elections into front-page news as climate activists declared a major triumph and a blindsided Exxon was left to ponder its defeat.

Engine No. 1 instantly became a Wall Street name. The firm is among a new breed of shareholder activists, ones driven by the idea that social good also benefits the bottom line, just as policy and public sentiment on the environment are evolving. Chris James, founder of Engine No. 1, argued that Exxon’s management was not making needed changes fast enough.

The firm convinced the mighty BlackRock.

“We believe more needs to be done in Exxon’s long-term strategy” on reducing climate risk, which threatens shareholder value, it said in a statement explaining why it had sided with Engine No. 1.

Laurence Fink, chief executive of BlackRock, has stressed the importance of climate in his annual letter to executives.

“No issue ranks higher than climate change on our clients’ lists of priorities,” he wrote in this year’s edition. “They ask us about it nearly every day.”

Observers say Engine No. 1’s victory shows there is a path for shareholder activism to change how companies approach issues like racial diversity and the environment, often considered distractions from producing profits.

“We’re finding that there are other components that factor into a company’s overall performance: social, cultural and now environmental,” said Andrew Freedman, a partner and co-head of the shareholder activism group at Olshan Frome Wolosky, a law firm in New York. “Shareholders are able to now find a way to run a campaign where there’s alignment on the initiative because it all feeds to the bottom line.”

In other words, activist investors can now agitate for changes at companies on the ground that such shifts are not just the right thing to do but will also enrich shareholders by pushing up the price of the stock.

So far, the performance of Exxon’s shares backs that up. In a reversal of years of underperformance, the price is up more than 45 per cent since Engine No. 1 began its campaign in December, beating the broader market and close competitor Chevron.

Exxon Mobil is not the only energy giant facing pressure on climate-related issues. On Wednesday, Royal Dutch Shell said it would accelerate efforts to cut its carbon dioxide emissions after a Dutch court ruled Shell must reduce its global net carbon emissions by 45 per cent by 2030 compared with 2019.

A strategic focus on Exxon

The strategy of Engine No. 1 hinged on getting votes from Exxon’s three largest shareholders — BlackRock, Vanguard and State Street — on its side, an uphill climb since such firms often side with management.

Engine No. 1 held only 0.02 per cent of Exxon’s shares, giving it a similar portion of proxy votes, while those three institutional investors together accounted for nearly 20 per cent of the voting shares.

With nearly 30 years as a technology investor under his belt, James and his colleagues knew how to frame their climate-centric arguments in a way that blended activism and a focus on financial results.

“A refusal to accept that fossil fuel demand may decline in decades to come has led to a failure to take even initial steps towards evolution,” the analysts at Engine No. 1 wrote in the fund’s 82-page pitch to investors.

The hedge fund reminded Vanguard, BlackRock and State Street that its campaign was in line with their own publicly stated goals to see the carbon emissions of the companies in their portfolios fall sharply over the next 30 years.

Engine No. 1’s success aligned with a rapid shift in public sentiment on climate change. Companies have had to acknowledge their impact on the environment and publicly pledged to improve.

Originally known as “corporate raiders” or “greenmailers” — a portmanteau of “greenback” and “blackmail” — activist investors historically were not thought of as a force for good. Their core business, pioneered in the 1980s, is to buy a stake in a company and agitate for clear economic outcomes, like cutting costs, selling assets or boosting dividends, moves that would lift the stock price and provide an immediate gain. The activists then tended to dump their shares, pocket the profits and move on to the next target.

Some activists, such as Nelson Peltz’s Trian Fund Management, were credited with keeping corporate managers on their toes and helping to turn companies around, but many on Wall Street viewed them as speculators in search of quick paydays who cared little about the long-term future of a business.

Carl Icahn, a titan of activist investing, was famous for his hardball tactics. For about three years, he owned a large stake in Apple and agitated repeatedly for the company to raise its stock buyback program. Like dividends, stock repurchase plans are a way for companies to return cash to their shareholders. Apple never formally followed Icahn’s directives, but it did expand its buyback program, and he exited the investment in 2016 with an estimated profit of about $2 billion.

In recent years, activist investors have adjusted their approach as firms such as ValueAct and Third Point have sought more strategic changes in a company’s long-term strategy.

Engine No. 1 marries the aggressive strategy of old-school investors like Icahn with the new thinking behind social-good investing. The firm stands out for mounting such a bold campaign even as it had little financial heft or public clout.

Engine No. 1’s approach is unique, but analysts and observers say its high-profile success is likely to prompt others to try similar tactics.

Investing in social good has been good for investors. Many have seen solid returns in what are known as ESG funds, which invest in companies that meet certain standards (set by the investors) on environmental, social and governance issues.

In 2020, 3 of every 4 stock funds categorized as “sustainable” beat a market index of roughly comparable conventional stocks, according to research firm Morningstar. In part, that reflects the kinds of companies that make up such funds. They tend to feature fewer fossil fuel stocks, which were hurt last year by pandemic-related shutdowns. At the same time, large tech companies such as Microsoft, which often show up in many sustainability-focused portfolios, posted solid gains.

In some quarters of the stock market, sustainability is a sexy attribute. Industries such as solar and electric vehicles have become hot growth stories. Tesla’s share price has more than tripled over the past 12 months. Invesco’s exchange-traded fund for solar power has more than doubled.

A decision that will resonate

Analysts say it is hard to overstate the impact that Exxon’s defeat will have on corporations across the country.

In 2018, BlackRock, Vanguard and State Street cast an average of about 25 per cent of the votes in elections for directors of all of the companies in the S&P 500, according to academic research. The mere threat that some of those votes are more likely to be cast against management will force executives to think long and hard about how to address their concerns, analysts say.

Park, who formerly worked at BlackRock, added, “The days are over where you could think, you know, these guys would give the benefit of the doubt to management.”