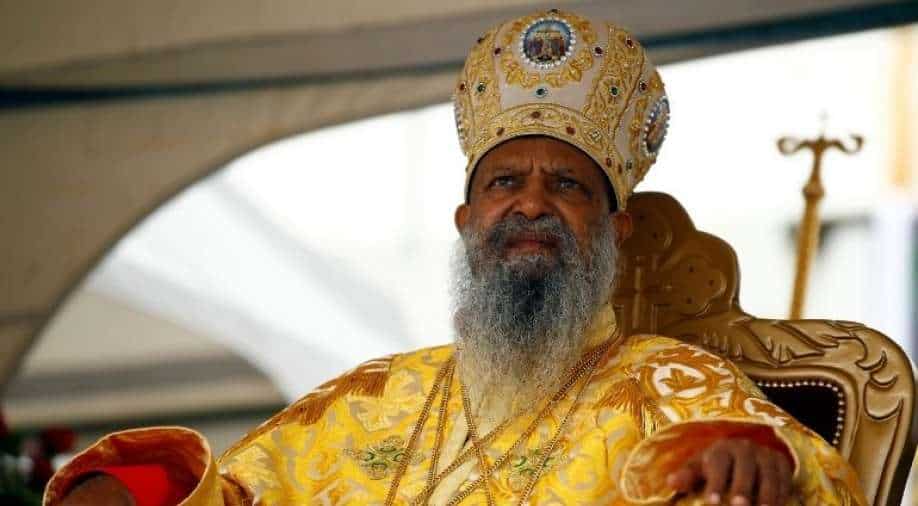 FILE PHOTO: Abune Mathias, Patriarch of Ethiopian Orthodox Church attends the Meskel Festival to commemorate the discovery of the true cross on which Jesus Christ was crucified on, at the Meskel Square in Ethiopia's capital Addis Ababa, September 26, 2016 Photograph:( Reuters )

Abune Mathias, who has been head of the church since 2013, did not say who was responsible for this. He spoke in a video message that was posted on Twitter on Friday by an American religious charity worker

The head of Ethiopia's Orthodox Church has said that atrocities amounting to genocide are being committed in Tigray, in his first comments on the conflict in the region that broke out in November and has killed thousands.

Abune Mathias, who has been head of the church since 2013, did not say who was responsible for this. He spoke in a video message that was posted on Twitter on Friday by an American religious charity worker.

Dennis Wadley, who heads a US-based church group called Bridge of Hope International, said Abune Mathias had asked him to post the video. "He wanted the world to know the truth regarding what was happening in Tigray," Wadley told Reuters.

Fighting erupted in early November in Tigray between federal forces and the Tigray People's Liberation Front (TPLF), a party that dominated the national government until three years ago. The government declared victory at the end of November and says the region is returning to normal. Aid groups say many parts of Tigray remain unreachable due to ongoing conflict.

The video begins with Abune Mathias addressing all Ethiopians and the international community.

"Nowadays, all over Ethiopia in general and in Tigray in particular, many barbarisms have been conducted," he said.

Later in the video, he said: "Genocide is being committed now," before describing alleged atrocities such as the raping of women and the bombing and other types of destruction of churches.

The head of a government taskforce on Tigray, Redwan Hussein, did not respond to a request for comment about the video on Saturday.

Prime Minister Abiy Ahmed's government has said in the past it is dismayed by the deaths of civilians in the war and that it is committed to investigating all alleged abuses and bringing perpetrators to justice.

Wadley said he had recorded the video on his phone during a visit to Ethiopia. "Abune Mathias did not write this out or prepare. He sat for about 10 seconds in silence and then spoke for just over 14 minutes as you can see in the video. It was from his heart in a single take with no editing."

Wadley said Abune Mathias asked him to post the video when he returned to the United States.

It was not possible to contact Abune Mathias on Saturday or Sunday. A member of the patriarch's communications office told Reuters on Saturday that he had not seen the video, and did not respond to subsequent phone calls requesting comment.

Since the outbreak of war in Tigray, Abiy has faced calls including from U.S. President Joe Biden's administration to end hostilities there and protect civilians.

In February, the Ethiopian foreign ministry said that the government takes its responsibility for the safety, security, and well-being of all citizens very seriously and is "fully committed to undertake thorough investigations" into alleged abuses and bring perpetrators to justice.

It added the government had a duty to hold the nation together in the face of "treasonous and divisive forces."