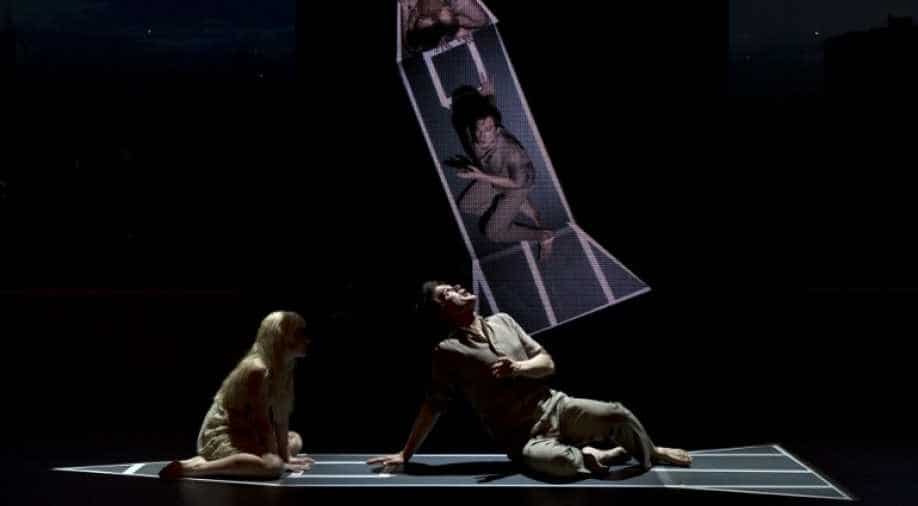 David Bowie's musical "Lazarus" has arrived in London, with an opening line evoking the spirit of the late British star: "Look up here, I'm in heaven."

The play's run in the British capital brings Bowie's legacy back to his home city nearly a year after he died on January 10 following a 10-month battle with cancer.

Bowie, who grew up in London's Brixton neighbourhood, made his last public appearance at the show's gala night in New York on December 7 last year. The sombre musical is inspired by Walter Trevis's 1963 science fiction novel, "The Man Who Fell To Earth", which was turned into a 1976 film featuring Bowie in the lead role.

"Lazarus" recounts the tormented life of Thomas Newton, an alien in the guise of a human who finds himself on Earth and incapable of dying. He lives with just a television and a bottle of gin for company --- until the arrival of "another lost soul" who could set him free, that is.

"With 'Lazarus', it is quite clear to me that Bowie deliberately placed his own death on stage," said the musical's Belgian director, Ivo van Hove, following Bowie's passing.

His death at 69 left millions of fans mourning the singer-songwriter genius, who contributed hugely to shaping the music scene and popular culture.

Co-written by Bowie and Irish playwright Enda Walsh, "Lazarus" is now showing until the end of January at London's King's Cross Theatre.

In discussing the musical with Bowie, Walsh said they talked about how a person experiences death: "We started talking about escape but we ended up talking about a person trying to find rest. About dying in an easier way."

The musical addresses themes close to Bowie: the search for identity, the feeling of solitude and abandonment, and relationships with others and the world.

On stage, Newton is played by Michael C Hall, known for his role as the undertaker in the TV show "Six Feet Under", and a killer in the series "Dexter". The American actor, who is dressed in pyjamas throughout the play, comes into his own while singing, during which his voice at times recalls that of Bowie.

He is joined on stage by 15-year-old Sophia Anne Caruso, who despite her tender years plays opposite Hall as if a stage veteran. The minimal set features a bed, a fridge, a handful of accessories, and a huge vertical screen featuring digital images or videos, such as the fall of the Berlin Wall, which offer a counterpoint to the tale.

In little under two hours the musical showcases 17 Bowie songs, including some of his biggest hits such as "Life on Mars" and "Heroes".

The track "Lazarus" is also featured from Bowie's 25th and final album, "Blackstar", which was released two days before his death.