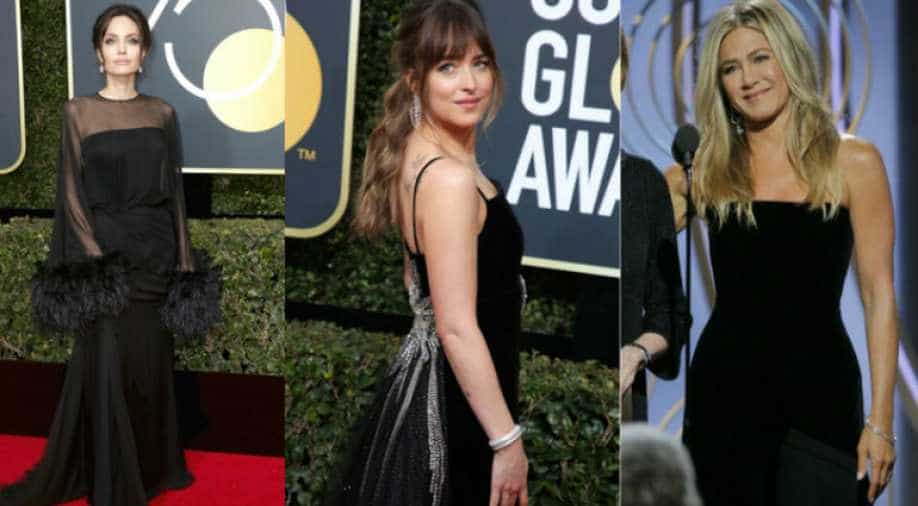 There is too much history between Angelina Jolie and Jennifer Aniston. And even though both Jolie is separated from Brad Pitt who cheated on Aniston with Jolie many years back, fans never seem to have enough of that trio and the history behind their stories.

Looks like Fifty Shades actress Dakota is just like us fans. At the recent Golden Globes Awards, as Jennifer Anniston went up on stage to present an award, Dakota did what we fans probably would have done. A photo of the moment has surfaced on the internet which has Dakota sneakily checking out Jolie while Anniston is on stage. Jolie on her part is not even looking at the stage. We know why though.

Dakota was seen watching Jolie as Aniston went up on stage. (Twitter)

Twitter, of course, had a field day discussing the epic photo.

This picture of Dakota Johnson sneaking a glance at Angelina Jolie while Jennifer Aniston presents needs to be put in the Met. pic.twitter.com/e9wnSb5H8S

I am Dakota Johnson looking at Angelina Jolie not looking at Jennifer Aniston pic.twitter.com/Crn83RpzCh

According to reports in The Sun, Jennifer Aniston had skipped attending the red carpet of the event to avoid running to Angelina. However, the two did attend an after-party later that night.