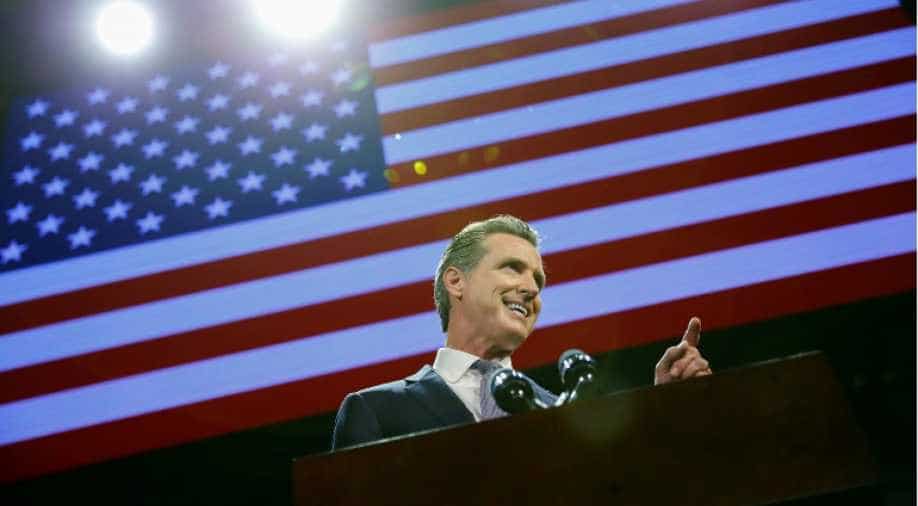 'This whole border issue is a manufactured crisis. We are not interested in participating in this political theatre,' Newsom said at an afternoon news conference in Sacramento.

California Governor Gavin Newsom on Monday signed an order withdrawing more than two-thirds of the state's National Guard troops from the US-Mexico border, calling claims of an illegal immigration crisis there nothing but "political theatre."

Newsom said most of the roughly 360 National Guard members deployed to the border would be reassigned to other duties in the state, with about 100 remaining behind as part of a task force targeting drug trafficking and cartels.

"This whole border issue is a manufactured crisis. We are not interested in participating in this political theatre," Newsom said at an afternoon news conference in Sacramento.

The governor, a Democrat who took office in January, said border crossings were at their lowest level since 1971 and that the state's undocumented population had dropped to a more than 10-year low.

"This is pure politics, period full stop," he said.

The move was a rebuke to President Donald Trump, who won the election in 2016 partly on a populist pledge to build a wall on the southern US border which he said in his campaign Mexico would pay for.

Trump's demand for $5.7 billion to help build that wall was central to a 35-day partial US government shutdown that ended last month. He agreed to reopen the government for three weeks to allow lawmakers time to find a compromise and avert another shutdown on February 15.

Newsom's predecessor, Governor Jerry Brown, agreed to send National Guard troops to the border last April after reaching agreement with the Trump administration that they would focus on fighting criminal gangs and smugglers and not enforce immigration laws.

Trump has deployed an extra 3,750 US troops on the border this month.

Newsom said some of the National Guard troops would be re-deployed to help fight what he said were mushrooming illegal marijuana farms following approval of a 2016 ballot measure to legalize recreational cannabis - legislation the governor helped champion.

"We have to hold accountable those who are not participating in the legal cannabis market," he said. "These illegal grows are manifesting, getting bigger."