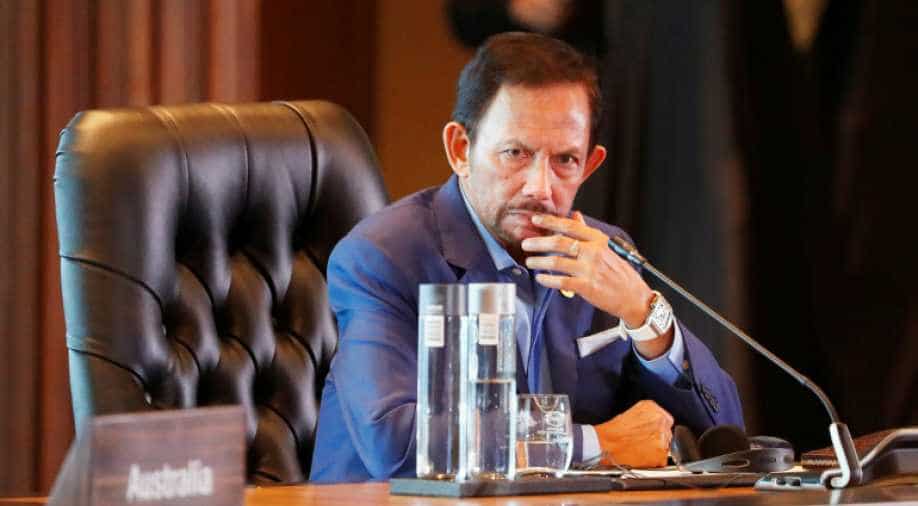 Brunei, a Muslim-majority former British protectorate with a population of around 400,000, will implement the Sharia laws from April 3, punishing sodomy, adultery and rape with the death penalty, including by stoning, and theft with amputation.

Brunei has defended its right to implement Islamic laws that would allow death by stoning for adultery and homosexuality against growing global criticism.

Brunei, a Muslim-majority former British protectorate with a population of around 400,000, will implement the Sharia laws from April 3, punishing sodomy, adultery and rape with the death penalty, including by stoning, and theft with amputation.

The laws, elements of which were first adopted in 2014 and which have been rolled out in phases since then, will be fully implemented from next week, the prime minister`s office said in a statement on Saturday.

"The (Sharia) Law, apart from criminalizing and deterring acts that are against the teachings of Islam, also aims to educate, respect and protect the legitimate rights of all individuals, society or nationality of any faiths and race," the statement said.

Some aspects of the laws will apply to non-Muslims.

Sultan Hassanal Bolkiah, 72, is the world`s second-longest reigning monarch and is prime minister of the oil-rich country. He ranks as one of the world`s wealthiest people.

Brunei, which neighbours two Malaysian states on Borneo island, already enforces Islamic teachings more strictly than Malaysia and Indonesia, the other majority Muslim countries in southeast Asia. The sale of alcohol is banned and evangelism by other religions is forbidden.

The country does not hold elections, but any discontent is assuaged with generous government polices including zero taxes, subsidized housing, and free healthcare and education.

The expected implementation of the strict Islamic laws has drawn widespread criticism. Politicians in Europe and the United States have attacked the plans and raised concerns with Brunei.

"Stoning people to death for homosexuality or adultery is appalling and immoral," former US vice president Joe Biden said in a Twitter post on Friday. "There is no excuse - not culture, not tradition - for this kind of hate and inhumanity."

Oscar-winning actor George Clooney has called for a boycott of luxury hotels owned by The Brunei Investment Company, such as the Beverly Hills Hotel, the Dorchester in London and the Plaza Athenee in Paris.