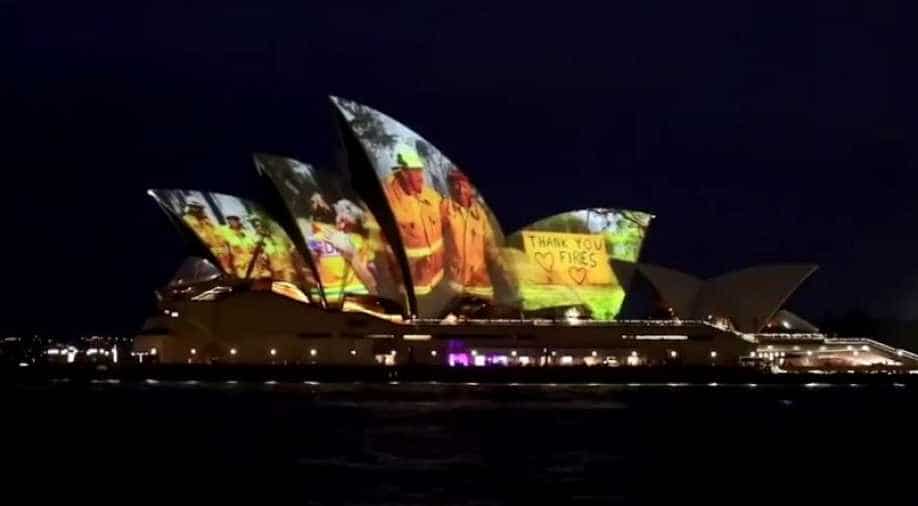 The light installation came as a gesture of gratitude and hope to all those affected by the country’s ongoing bushfire crisis.  Photograph:( Reuters )

The light installation came as a gesture of gratitude and hope to all those affected by the country’s ongoing bushfire crisis.

Sydney's iconic Opera House was lit up on Saturday with images of valiant firefighters who are battling devastating blazes in Australia.

The light installation came as a gesture of gratitude and hope to all those affected by the country’s ongoing bushfire crisis.

The display had photographs from the fire ground where one image showed a woman hugging a volunteer firefighter while the other one was of a sign which read, "Thank you firies!"

After facing pressure from all ends to tackle the climate change crisis and acknowledging the role of climate change in this summer's bushfire crisis, Morrison said his government will look into improving its performance on curbing emissions but ruled out carbon tax as a response. 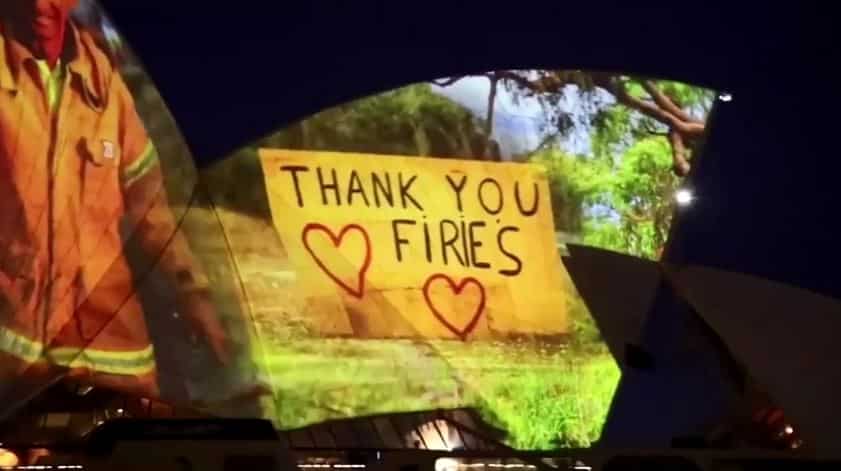 Morrison has also announced a 76 million dollar mental health package for those affected by the devastating bushfires.

As part of the health package, firefighters and residents in fire-affected communities will be able to access free psychological counselling.

As blazes show no signs of abating, the death toll in the worst fire season on record has risen to 28 since October 2019.

More than 2,000 homes have been destroyed by the wild bushfires, razing off over than 10.3 million hectares of land - an area the size of South Korea. It is estimated that over a whopping 1 billion animals have been killed in the catastrophe.