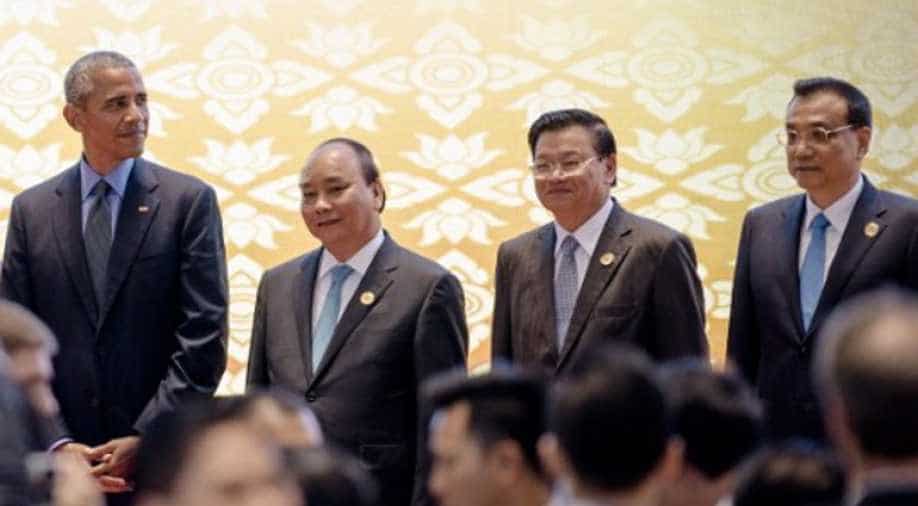 Win or lose, Donald Trump's campaign has changed the way countries in Asia view their relationships with Washington.

Final opinion polls suggested the most likely outcome is a victory for Hillary Clinton. But even Clinton, an architect of the US strategic pivot to Asia, has some work ahead of her in rebuilding trust, analysts and former officials in Asia said.

"With or without Trump, this marks the end of US leadership, in particular, moral leadership," said a former Japanese diplomat, who asked not to be identified because of the sensitivity of the topic.

"I don't think it's a question of Trump as an individual, but a question of the US society that produced this man as the Republican candidate."

He described a dark America, knocked to its knees by China, Mexico and the Islamic state.

Trump's harnessing of a populist backlash against immigration and global trade has challenged the ideal of benevolent American power that helped shape the global economy - and the forces of globalisation - since the fall of the Soviet Union in the early 1990s.

Now the United States faces a rising China, long an economic force and now becoming more assertive in geopolitics - building its military capability and ignoring an international tribunal's ruling against its claims to most of the South China Sea.

Asia is most worried about trade protectionism - exports make up a quarter of Asia's GDP and a fifth of them go to the United States.

The Trans-Pacific Partnership (TPP) trade deal, championed by President Barack Obama in part to increase US influence in Asia, was to be an essential feature of Washington's strategic pivot to Asia - an "economic NATO".

It now looks dead in the water. Both Clinton and Trump oppose the deal, which would set up a free trade zone among 12 countries that excludes China.

With US allies such as Japan, South Korea, Taiwan and Singapore among the biggest winners of an open trade regime, a more isolationist and protectionist stance will cost Washington influence in Asia.

Ironically, it would be China, the subject of many of Trump's tirades, that could emerge the big winner as uncertainty over Washington's future commitment to Asia pushes countries into dealing more closely with Beijing.

"If the US pulls out of TPP, that will certainly increase China's influence in Asia," said Kanti Bajpai, Professor of Asian Studies at the Lee Kuan Yew School of Public Policy in Singapore.

"Already, US criticism of domestic issues in Thailand, the Philippines, and Malaysia has alienated those countries and caused them to lean towards Beijing. Pulling out of the TPP will help China geopolitically."

Philippine President Rodrigo Duterte has been particularly hostile towards Washington over its criticism of his lethal anti-drugs campaign, announcing a "separation" from the United States during last month's visit to China.
Malaysian Prime Minister Najib Razak came back from a visit to China last week with $34 billion worth of deals and an agreement to buy four Chinese naval vessels.

China has long been in Trump's sights, with promises to declare it a currency manipulator and impose punitive tariffs on imports. But any such moves could also hurt Asian exporters who ship components there for assembly and export to the United States, at a time when global trade is already weakening.

Gareth Leather, senior Asia economist at Capital Economics, said the Philippines, Taiwan and South Korea were the emerging Asia economies most vulnerable to a Trump presidency.

"Perhaps the biggest risk to the region's economies, however, stems not from Trump's trade policies, but from his foreign policy," Leather said.

Trump has created doubts over his commitment to security alliances, suggesting Japan and South Korea need to pay more for a US military presence and that they should even develop their own nuclear capability to counter China and North Korea.

Clinton, who was secretary of state when the Obama administration launched its Asia pivot, is expected to maintain Obama's foreign policy, with some seeing her as being more hawkish.

The divisive US presidential campaign has already done a lot of damage to the reputation of the United States in Asia, regardless of the election outcome, according to some analysts.

"All my Chinese friends say, 'We thought we would run the world in 20 years. Now it's going to be in January'. This is not a joke. It's the natural state of development," Koll said