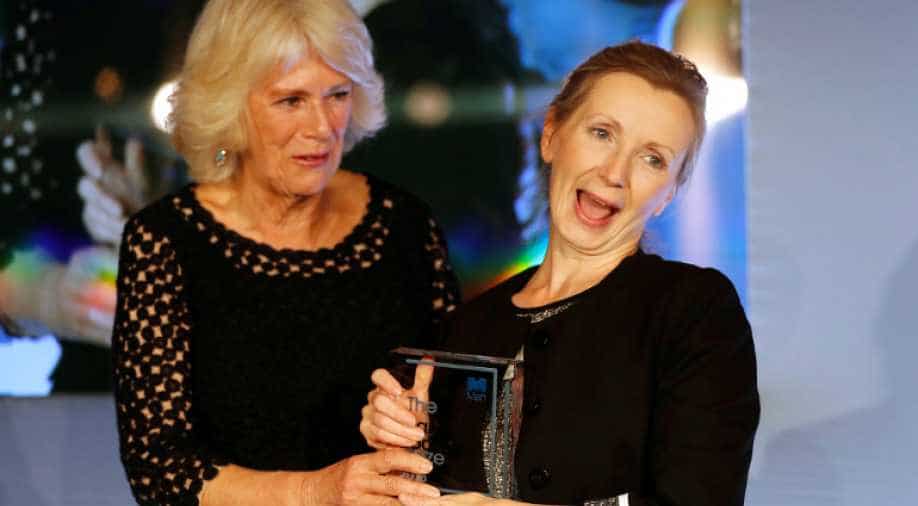 The 56-year-old told reporters after the ceremony in London that she was "completely stunned" at receiving the most prestigious English-language literary prize.

Judges of the annual award praised the work, an exploration of Northern Ireland's three decades of sectarian violence known as The Troubles told through the voice of a young woman, as "utterly distinctive".

"None of us has ever read anything like this before," said Kwame Anthony Appiah, chair of the 2018 judges, in announcing the winner.

The 56-year-old told reporters after the ceremony in London that she was "completely stunned" at receiving the most prestigious English-language literary prize.

"I just wait for characters to come and tell me their stories and I can’t write until they do," she said.

Burns trumped English debut novelist and British bookmakers' late favourite Daisy Johnson - at 27, the youngest author ever to be shortlisted for the Man Booker -- for her novel "Everything Under".

She also triumphed over longtime frontrunner Richard Powers, who had been tipped to make it three successive wins for US writers with his tree-themed novel "The Overstory".

Burns, who was born in the Northern Irish capital Belfast in 1962 and now lives in southern England, had previously authored two novels -- "No Bones" and "Little Constructions" -- and was shortlisted for the 2002 Orange Prize for Fiction.

Though set in an unnamed city, "Milkman" undoubtedly drew on her experiences growing up in the British province during the so-called Troubles.

The novel chronicles the struggles of a middle sister in a family as she confronts rumour, social pressures and politics amid violent sectarian divisions in her community.

"There are many marvellous things about this book... the texture of the language, it's written in this amazing voice," said Appiah. "It's a very powerful novel."

Appiah said the five-person judging panel reached a unanimous decision by consensus after a "good discussion".

He added that although the novel confronts, among many other issues, gender issues raised by the #MeToo movement, gender played no part in their choice.

"This novel will help people to think about #MeToo... but we think it will last and that means it's not just about something that's going on in this moment."

Launched in 1969, the Man Booker Prize was only open to novelists from Commonwealth states until it began permitting authors of any nationality, writing in English and published in the UK and Ireland, in 2014.

Burns is the first Briton to win the prize since the change.

This year's shortlist -- whittled down from 13 -- pitted four female writers against two men.

It featured three Britons, two Americans, and Canadian writer Esi Edugyan for "Washington Black", about an 11-year-old slave on a Barbados sugar plantation.

Scottish poet Robin Robertson's "The Long Take" became the first book written in verse with photographs to be shortlisted.

US author Rachel Kushner was also a finalist for "The Mars Room", a gritty tale written from the perspective of a former lap-dancer serving two life sentences in a US women's jail.

Purchases of last year's winner, "Lincoln in the Bardo", jumped  1,227 percent in the week after author George Saunders claimed the award, with nearly three-quarters of its sales following the win, according to prize organisers.