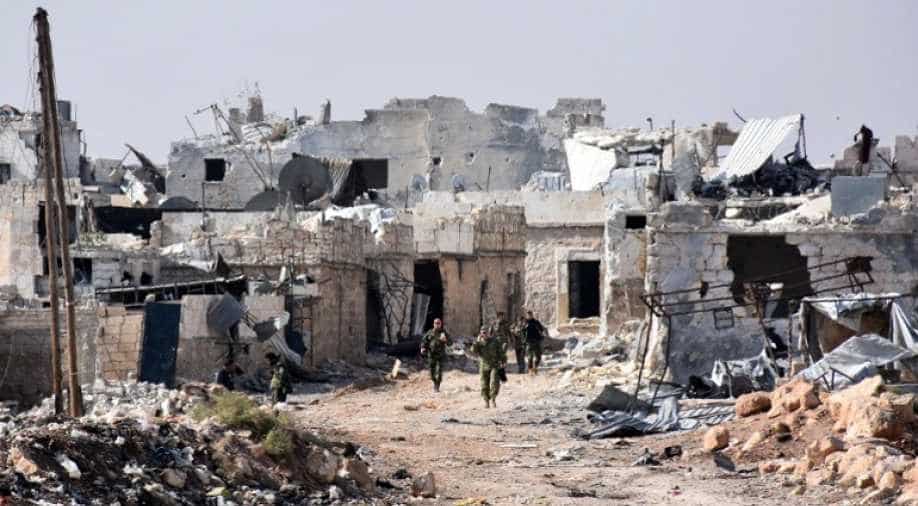 Rebels contest that and say it is the Syrian army and its allies who have sabotaged the humanitarian pauses. In photo: Syrian pro-government forces in west of Aleppo on November 12, 2016. Photograph:( AFP )

The Russian defence ministry said on Saturday it would need the UN mission in Syria to formally confirm its ability to deliver aid to eastern Aleppo before Moscow agreed to any new humanitarian pauses in fighting in the shattered Syrian city.

Moscow says previous temporary ceasefires on the ground, called to allow aid deliveries and the evacuation of the wounded and civilians, have come to nothing because rebels have opened fire on anyone trying to come in or out.

Rebels contest that and say it is the Syrian army and its allies who have sabotaged the humanitarian pauses.

"The Russian Defence Ministry will be ready to consider introducing new 'humanitarian pauses' at any time as soon as representatives of the UN mission in Syria officially confirm their readiness and possibility to deliver humanitarian aid to eastern Aleppo and to evacuate wounded and sick civilians," Major-General Igor Konashenkov said in a statement.

The occasional humanitarian pauses on the ground are distinct from a unilateral moratorium on Russian air strikes on rebel targets inside Aleppo, which remains in place for now.