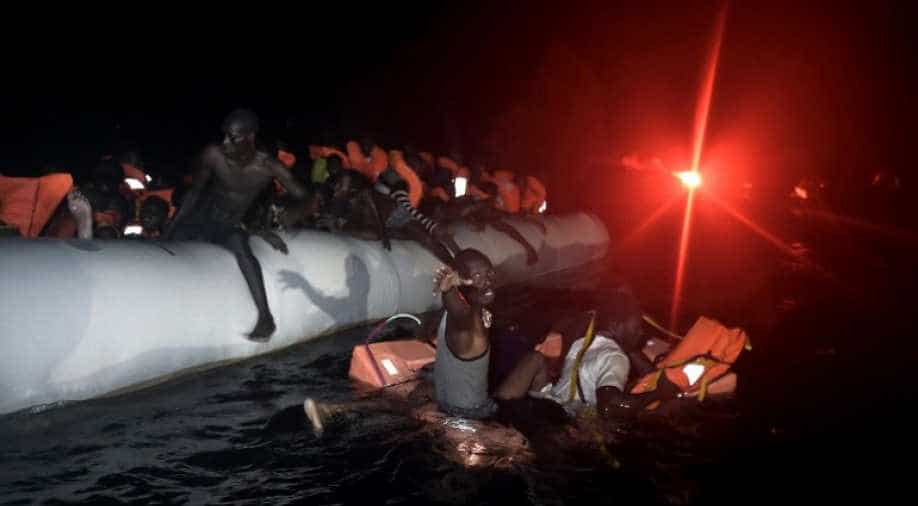 The International Organization for Migration said the latest deaths meant 4,220 lives had been lost in the Mediterranean so far this year, compared with 3,777 in the whole of 2015. Photograph:( AFP )

At least 239 migrants have died in two shipwrecks off Libya, a spokesman for the United Nations migration agency said on Thursday, news agency Reuters reported.

The migrants are believed to be from West Africa.

One group of migrants, including about 20 women and six children, set off in a rubber dinghy from Libya around 3 am on Wednesday, but their boat collapsed after a few hours, said Flavio di Giacomo, a spokesman for the UN's International Organisation for Migration, who cited accounts by survivors, Reuters reported.

Reuters further reported, by the time rescuers arrived, most had drowned. About 27 people survived the shipwreck, including three babies.

About the same time, another rubber dinghy carrying at least 130 people suffered a shipwreck. Two women who survived the disaster reported the incident.

The International Organisation for Migration said with the latest incidents the death toll has gone up to 4,220 in the Mediterranean so far this year, compared with 3,777 in the whole of 2015.